DIS WAS LOUIE IN JAMAICA AND DI TEETH DEM MISSING

DEM SEH HIM GONE A TO INA HIM MADA BASEMENT………..LOUIS A HOW MCH AGEN? 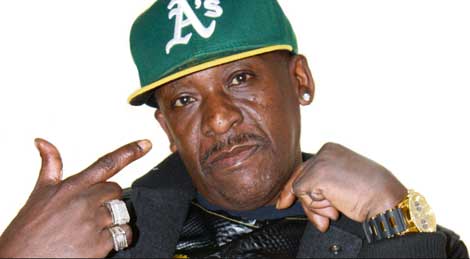 “He couldn’t handle living in Jamaica.”

HSK Exclusive – He may be the “Original Don Dada” — but that doesn’t mean those graced by the presence of the Dancehall DJ-turned-Screen Actors Guild member recognize — let alone respect — OG Louie Rankin. Don’t believe me.. Just ask Nas.

Sources tell us the “Belly” and “Shottas” actor “lives in the basement of his mother’s house in Toronto Canada.” Though we can’t confirm exactly how long Rankin has been there, we can tell you the Jamaican native is reported to have been deported from the US back to the Caribbean island … before he “moved to Toronto.”

“It’s hard for Louie Rankin to live in Toronto … they don’t show the OG no f**kin’ respect.”

“Louie Rankin gets no respect out here, they paying him just a-buck-fifty to host Jane and Finch parties. He’s got a fat white girlfriend who tries to talk Jamaican that takes care of him. She pays for everything.”