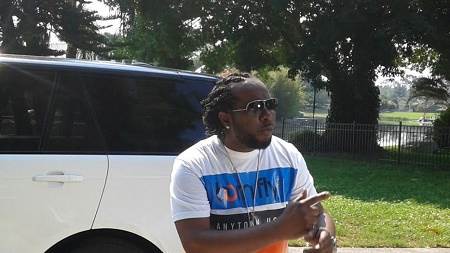 There’s always room in the Jamaican dancehall scene for a lyrically potent and socially current deejay. Garfield Reid, best known as G7 is ready to take dancehall music to another level. Having recorded numerous songs such as Gimme, Dem A Devil, and Love Yuh Right Now, Nah Hold No Vibes, My Time Fi Buss, and Do Di Maths. G7 is managed by T7G Music, and is enjoying strong social media interest and some amount of rotation on Jamaican and overseas radio.
G7 comes from the community of Waterford in Portmore, Jamaica where he also went to high school. He G7 grew up at a time of tremendous political and social unrest and saw firsthand the effects of social injustice and inequality. It wasn’t all hard knocks for G7 as he was raised by a family of music lovers who are also known for their love of horse-racing. The DJ is emerging as a dazzling entertainer among his peers. Citing General Trees, Papa San, and Shabba Ranks as his earlier musical influences, he also has a lot of respect for the talent of Damian ‘Jr. Gong’ Marley and Vybz Kartel.
G7 is indeed making his mark on the local dancehall scene since he started recording a couple years now. As a metaphorical jockey sitting on the rhythm, his talent and keen social commentary is uncompromisingly direct yet catchy on the song “Dem A Devil”. “Nah Hold No Vibes” which is on the Nuh Fraid Riddim is produced by Jah Snowcone, and gave G7 recognition for saluting veterans entertainers of dancehall music and sends a powerful message to young artiste regarding their lack of respect to foundation dancehall artistes. With his current slang of ‘Do Di Maths’, the song describes the side of garrison culture where bullying and intimidation by others would not be in the person’s best interest as depicted in the video.
As G7 continues to record and promote great music, reggae and dancehall fans can expect to hear more creative offerings from this rising artiste, including the release of the single “Do Di Maths” which is produced by Terence McDonald for T7G Music. G7’s talent and hard work will no doubt take his musical career to new heights. G7 is here to draw on his global wealth of lyrics to become a leader in the dancehall/reggae music space. Stay tuned for the release of his next single and video for “Hold Di Man” which is a wifey anthem.