Hollywood film legend Faye Dunaway arrived at amfAR’s star-studded gala in Cannes, France, with the most unusual accessory — a scale to weigh her food and calculate her calories.

Famously feisty Dunaway appeared at a table at the Hôtel du Cap-Eden-Roc with film producer Tova Laiter, and a bulging paper bag. Then, a spy said, “She sat at her dinner table and pulled out the scale from a paper bag.” 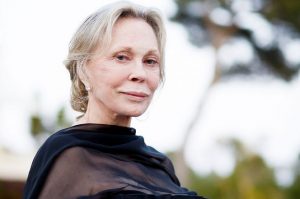 Dunaway has earned a reputation for quirky behavior. She’s been rumored to shop at high-end boutiques and yell at staff as they follow her around. In the ’90s, she reportedly blew up at a flight crew for not upgrading a coach ticket from JFK to London’s Heathrow, screaming, “Don’t you know who I am?” The crew then got revenge as she slept by grabbing a bunch of wire hangers, an homage to her “No wire hangers” scene in “Mommie Dearest,” and putting them on the seat next to her.