Among the areas affected were the newly developed Fairview Shopping Centre, where a number of motor vehicles were observed submerged in rising flood water.

Sections of St James Street, Dome Street and Rosemount were also flooded, which caused a slowdown in commercial activities.

Mayor of Montego Bay Councillor Glendon Harris attributed most of the flooding that affected the city, especially on Dome Street, to the clogging of silt traps by garbage. 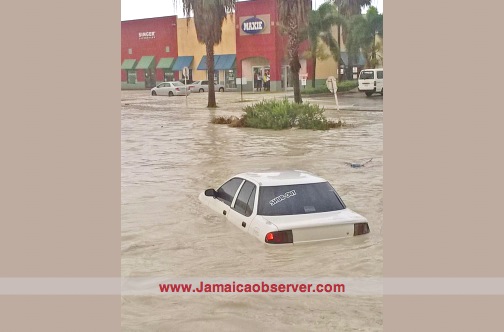 “The garbage [has been] blocking silt traps, therefore the water can’t run off as it is supposed to, so you get a build-up (of flood water) with the persistent, heavy rain,” Harris said.

Officers from the parish council, he said, went into the town after the rain to determine work that needs to be done to prevent further flooding.

2 thoughts on “MOBAY FLOOD OUT”