MOTHER AND SONS KILLED AS THEY BEGGED FOR THEIR LIVES 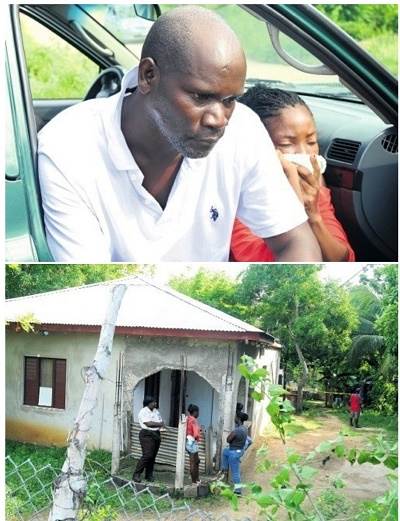 THE brutality of yesterday’s brazen daylight murder of a mother and her two sons in Bucknor, Clarendon has hit the normally quiet community very hard.
“Mi never know people could be so cruel,” said one resident who admitted that the triple murder has shocked the community where the sign at the entrance proclaims ‘Welcome to Baileys Ave; No guns, drugs, violence.’
Police report that approximately 7:00 am, 44-year-old Kareen Brown and her sons — Shavian Mitchell, 17 and Shawn Mitchell, 21 — were at home at when gunmen kicked in the door to the house.
The killers, the Jamaica Observer was told, kept firing, even as the mother and her sons pleaded for their lives.
“Wi hear that they… just start pump bullets in the house,” said one woman.
“A more than 20 spent shells dem remove from the scene,” one resident said as she watched from behind crime scene yellow tape while the police searched for evidence.
Police said they were following several leads, but did not disclose any details.
However, sources from the area theorised that the older son may have been the target of the attack, as he was alleged to have been involved in gang activities.
The incident was particularly hard on the slain young men’s father, Carlton Mitchell.
“All now mi still a try come to terms with what happen, to see the body of mi son lie down there, mi really can’t help it,” Mitchell said, then paused to take a gulp from a bottle containing clear liquid.