THERE was gloom in Mud Town, St Andrew, yesterday as residents mourned for Pastor David Roper, who was shot dead while conducting a prayer meeting at his Greater Work Revival Mission Church about 9:30 Wednesday night.

The churchman, known by his fellow community members as Brother Sam, is the brother of incarcerated gang leader, Joel Andem, the once reputed leader of the feared Gideon Warriors Gang. 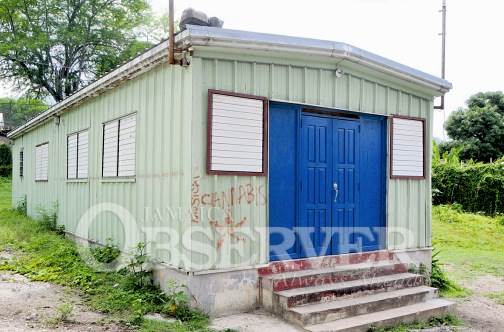 Police reported yesterday that armed criminals crept onto the grounds of the premises, entered the church and pumped bullets into the pastor.

“The pastor was preaching and while talking on the mike we just heard the loud explosions,” said one community member.

The resident said minutes after the shooting the bullet-riddled body of the pastor was found at the foot of the altar.

His plaid shirt was soaked in blood and the mike on which he delivered his message lay a few metres away from his outstretched hand.

Police sources said at least 12 spent shell casings were removed from the scene.

Yesterday, police said they increased their presence in the area while launching a search for those responsible for the attack that sent shock waves through the small community.

The increase in police numbers, however, provided little comfort for residents in the area who said the killing has left them in fear for their lives.

“Right now we living in fear is as if we don’t want night to come down because we do not know who could be next,” said one resident.

And she was not alone.

“Right now we [are] worried. If the man them can shoot a pastor what would they do to me who is a regular resident,” said another resident.

Yesterday, a group of policemen were seen slowly making their way up the dusty track in the community, sections of which were fenced off with zinc.

Andem was in 2005 sentenced to 20 years imprisonment for shooting with intent and illegal possession of a firearm.