OVER 20M IN COCAINE SEIZED

The police are reporting that officers from the Narcotics Division yesterday seized approximately 33 pounds of cocaine, cash in four different currencies, and a Beretta pistol during an operation in Manchester.

The officers reportedly also seized a large quantity of ammunition.

Reports from the police’s Corporate Communications Unit (CCU) are that the officers were on an operation on the Hatfield main road in Manchester when they signalled the driver of a Honda Accord motorcar, with a passenger aboard, to stop.

The driver stopped and police searched the car and its occupants. 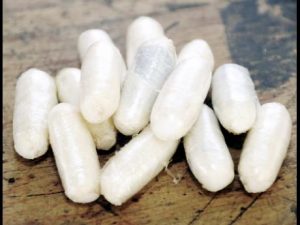 CCU said 36 bags, containing cocaine valued more than $18 million on the street, were found in a suitcase on the back seat of the vehicle.

The Beretta pistol, three magazines and fifty rounds of ammunition were also found and seized.

Both occupants of the vehicle, males, were arrested and are to be interviewed in the presence of their attorneys.