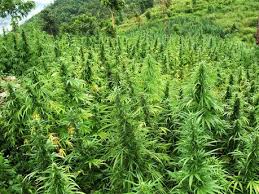 FORMER Prime Minister PJ Patterson is continuing his call for the exploration of marijuana’s (ganja) economic benefits.
Speaking at Rebel Salute 2015 launch held at Countryside Club in St Andrew, Patterson said the benefits are far too great to be ignored.
“I have always maintained that ganja is too valuable to go up into smoke… it is our green gold,” he told the audience.
In keeping with American states Colorado, Washington DC and Oregon, Jamaica recently announced proposals to relax its marijuana laws. People found in possession of ganja weighing two ounces or less will not be arrested but required to pay a fine.
The former PM also urged the music fraternity to explore the linkages between tourism and the entertainment industry to promote our own Jamaican brands and talents to a wider audience.
“If we do not exploit these linkages, we run the risk of there being more live Jamaican music in London, Paris, Tokyo New York than there is in Jamaica.
Just as how you go to Las Vegas for shows, you need to come to Jamaica to see the best Jamaican performers who have not been heard in Jamaica for a long time,” said Patterson.
Organiser of Rebel Salute, reggae artiste Tony Rebel disclosed that this year he continues the concept of presenting clean authentic reggae music.
“If it’s not broken, why fix it?” Tony Rebel said when asked what’s new about next year’s staging. “We have always strived to present clean, authentic Jamaican music.
Rebel Salute also tries to present artistes and music that can motivate and inspire our audience which is wide and varied. You can find children, parents and grandparents at Rebel Salute.” Rebel Salute will be held at Richmond Estate in St Ann on January 16 and 17.
The line-up includes Israel Vibrations, Third World, Italian reggae act Alborosie, Tarrus Riley, Etana, Jesse Royal Jah 9 Kabaka Pyramid ad more.
The final night sees foundation reggae band Inner Circle, Sizzla, Luciano, Richie Spice and the Mighty Diamonds among the acts billed to take to the stage. Meanwhile, telecoms giant Flow is powering Rebel Salute 2015.
The company will be facilitating live streaming of the event through its video on demand services, as well as providing wireless service at the venue.
ADVERTISEMENT