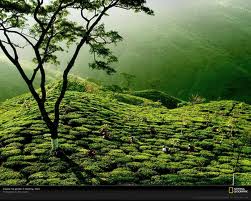 Please! Don’t let them hijack your destiny
Destiny is defined as a predetermined place prepared well in advance of those that it was prepared for . It is also described as the predetermined or inevitable course of events.
There are many of you reading this right now whose destiny has been hijack. Meaning, someone, something or some place has not only stop you from being at a predetermined place to experience God’s best for your life, but more importantly your path to your destiny has been diverted. In other words instead of you going forward someone, something or some place is taking you in the opposite direction of your God intended destiny.
The evidence of folk’s destinies being hijack, is the simple fact that things never work out for them, no matter how simple those things may be. The hijacking of one’s destiny is also accompanied with a toiling spirit, meaning one would work extremely had at something but receive little to no reward, complements, pay or anything to show appreciation for their efforts.
A hijacked destiny suggests that the one whose destiny has been hijack is automatically programmed to fail in life and that their new destiny is filled with misery, grief, difficulty, confusion and frustration. There is an interesting story in 1 Kings 13. The story tells of a prophet whom God had commissioned to declare future events to a certain King. However, this Prophet was given specific instructions by God, namely not to eat or drink neither go out the way that he came into wherever God would have sent him to declare the word of the lord.
The story goes on to say that there was an old prophet that said to the prophet of God, “I am a prophet just like you and an Angel told me that you must come eat and drink with me”. Unfortunately, the prophet of God foolishly heeds the advice of this old prophet. Unknowing to the prophet of God, his destiny is about to be hijack by one that is subtle and very much trusting in his behavior. Long story short the prophet of God was condemn by God and eventually killed.
The above story is a classic example of how one’s destiny is cleverly hijack. It begins with the enemy sending someone in your life filled with ulterior motives. This person is usually subtle, conniving and sheepish in their behavior, never revealing their true identity or purpose for being in your life. However, it doesn’t matter how cleaver they may appear, their common trait is to always forcefully or subtly divert the destiny of their victim.
In Genesis chapters 1 and 2 God created the earth and in the midst of the earth a magnificent garden called the garden of Eden. This garden would later be the habitation or should we say the destiny of Adam and Eve. Well, just like the case of Adam and Eve God has also prepared our destinies well in advance of our arrival here on earth according to Ephesians 1:3-4.
Nevertheless, like all destiny hijackers, Genesis chapter 3 begins by saying how the serpent was more subtle than any of the beast of the field. Meaning he never revealed his true identity of his real purpose, which of course was to hijack the destiny of Adam and Eve. Long story short he was able to cause them to violate the command of God by eating of the forbidden tree and as a result their destiny was immediately hijack. Adam and Eve, unfortunately was placed outside of their destiny/The garden of Eden.
There are several lessons to be observed here when it comes to the hijacking of one’s destiny:
a) Those that are determine to hijack your destiny is fueled by jealousy and competitiveness
b) Those that are determined to hijack your destiny are rarely your enemies instead they’re folks for the most part that live within your circle.
c) Destiny hijackers are for the most part never pushy, instead very cunning, crafty and subtle in behavior.
d) Destiny hijackers are adamant about knowing so much about you but providing you with little information about them.
e) Destiny hijackers will always attempt to make it appear as if both of you have so much in common. In fact the entire idea of them retrieving so much information on you is to become what you like or find interest in.
f) Destiny hijackers’ primary goal is to always gain their victims trust so that they can wisely prepare hijacking their victim’s destiny.
g) Destiny hijackers will for the most part resort to and twist scripture to further pull you away from your purpose.
h) Just like Judas Iscariot the disciple that betrayed Jesus, destiny hijackers will smile, kiss and continue their act of affection and concern toward you as they lead you to your demise
I) Questions that are asked by destiny hijacker, are not just mere questions. Instead the questions are intended to expose your most vulnerable areas for future attack.
J) Destiny hijackers are very determine about you breaking the rules or attempting to make the rules appear to be a stumbling block to something better.
Based on this brief teaching, I strongly advise you to re-evaluate the folks in your life and begin to compare them to the above understanding, then you decide if your destiny has been hijacked or there are potential destiny hijackers currently subtly working in your life.
“Beware of false prophets, which come to you in sheep’s clothing, but inwardly they are ravening wolves” Matthew 7:15.
Written By: Kevin L A Ewing
kevinewing@coralwave.com
kevinlaewing.blogspot.com