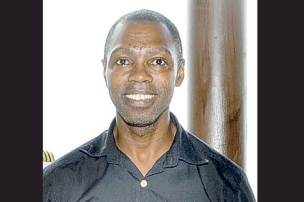 The man held in connection with the murder of hospitality worker, Dean Moriah, has reportedly confessed to the killing.

The man, who goes by the alias, ‘Mario’, was picked up on Monday by the police in Oracabessa, St. Mary and was later transferred to the Montego Bay Freeport station in St. James.

He was reportedly held with Moriah’s stolen motor vehicle.

He was also found with Moriah’s wallet and was reportedly wearing a pair of his shoes.

It is believed he was a friend of the deceased, and was identified in a photo in Moriah’s kitchen.

Moriah died on August 29 from stab wounds to his chest and neck.

His house was set ablaze by the attacker who also stole his car and cellular phone.

Moriah, who named his killer before he died, was buried last Saturday in Haughton Grove, Ramble, Hanover.