The policeman held for the shooting death of woman police Corporal Judith Williams has been charged with murder.

On Tuesday this week the court ruled that the suspect cop be charged or released from custody by today.

The cop, Gladstone Williams, was held along with a civilian shortly after the April 28 killing of woman police Williams.

Corporal Williams was shot multiple times about 6:00 am in east Kingston while at a bus stop on her way to work. 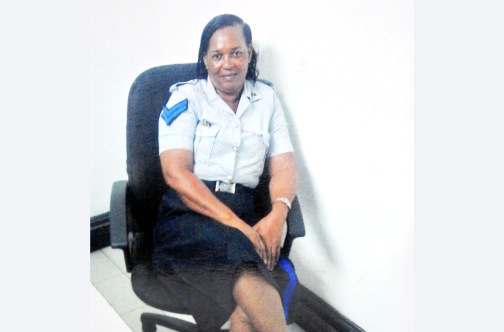 The suspect cop has also been implicated on the killing of a second member of the Jamaica Constabulary Force.
Sergeant Courtney Simpson, who was assigned to the Protective Services Division, was shot dead while standing at his gate in Harbour View, St Andrew, on the night of April 8, 2013, by men travelling in a white motor vehicle.

2 thoughts on “POLICE CHARGED WITH MURDER OF FELLOW POLICE WOMAN”