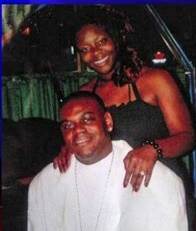 Just a few hours before Rodriquez Hunter shot and killed his wife Chatoya Hunter outside the Kroger where she worked, he posted a note to his Facebook page.

“To all my friends who are going through some tough times right now, let’s start an intentional prayer avalanche,” Rodriquez Hunter wrote.

“May I ask my friends, wherever you might be, to kindly copy and paste this status for one hour to give a moment of support to all those who have family problems, health struggles, job issues, worries of any kind and just need to know that someone cares. Do it for all of us, for nobody is immune.”

According to WREG, the YWCA says it could have been a cry for help.

The YWCA says social media can be scary because sometimes men and women in domestic violence relationships use it to keep track of what their significant other is doing online.

Even messages where people are crying out for help is a concern.

“It is the wrong place and it is misused when it is intended for that purpose and when we do it for that purpose, we can also danger other peoples lives,” Jacqueline Williams said.

Rodriquez was Tierra Bonner’s stepfather. She says she was afraid her stepfather would kill her mother.

“We feared that he was kind of off and that he was possible of doing something like this because of the stuff he used to do like if she didn’t want to talk to him he would go around and like break stuff in the house,” she said.

Court records show Rodriquez was in trouble with the law in the past. An affidavit states police responded to an aggravated assault call in 2012.

A woman said Rodriquez put his hands around her neck and choked her.

“I feel if she would have involved the police a little while ago it probably would have been prevented,” Bonner said.

0 thoughts on “POSTED ON FACEBOOK HOURS BEFORE KILLING HIS WIFE”