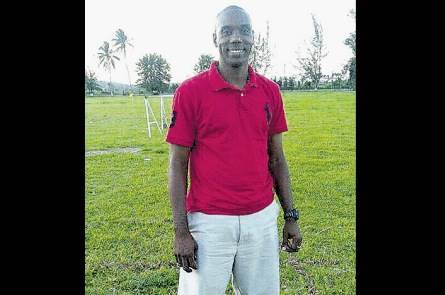 JAMAICA’S FIFA assistant referee Stephen Brown died early Tuesday morning in the University Hospital of the West Indies. He was 38.

The cause of his death was not immediately clear. However, Brown was twice sent home from FIFA World Cup events after failing fitness tests prior to the start of his duties.

Brown, who had a Master’s degree in Physical Education, taught at Alpha Academy for six years and was head of the Physical Education Department at Whitfield Town Primary and Junior High School at the time of his passing.

His best friend and colleague referee Oneal Clayton said he was at Brown’s bedside when he died.

According to Clayton, Brown started complaining about pain in his foot during the summer after he officiated in matches in the Schwan’s Cup in Minnesota, USA.

“He was in hospital for three weeks with a blood clot in his foot. He came out, but Sunday he called me saying ‘Little bredda, me back inna the hospital; complication breathing’,” Clayton said, adding that he went to the hospital the following night after 10:00.

“Come een like him dying to see me. As him see mi the man dead. Him always call me Del Piero from when we used to play football. He said ‘Del P, a it this enuh’,” said Clayton.

“I left the hospital after 10 and when I was leaving he used his hand and call me, put up his hand and we touch hands. He said ‘little bredda’, and just shake his head,” Clayton related.

“He was always ahead of me and was always encouraging me,” Clayton reminisced.

“It’s not easy. He got his degree and cuss me, so I did my degree after. He did his master’s and cuss mi again. He was always ahead,” said Clayton. “Everywhere we go together. People believe we are twins. He lived at Portmore, but was in Spanish Town with me every day.”

Richard ‘Roots’ Nathan, a former referee, and KSAFA president and referee instructor Dave Meikle both remembered Brown as quiet, unassuming but firm in his decisions and views.