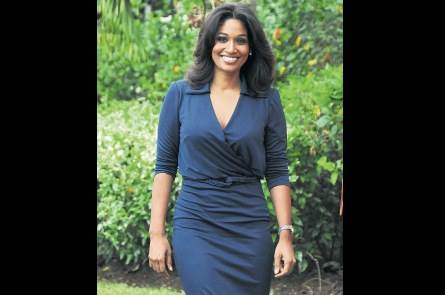 A report on the operations of the six privately run children’s homes in which the controversial sexual-education material was introduced by Jamaicans for Justice (JFJ) is now in the hands of Youth and Culture Minister Lisa Hanna.
Hanna made the disclosure last Thursday at the inaugural National Children’s Summit held at the Jamaica Conference Centre in downtown Kingston.
The youth minister was down to speak on the content of the report, but said she could not do so having only received the document a day prior.
“Just yesterday (Wednesday) there was a lot of talk about JFJ and the children’s homes and some things that happened. I got the report yesterday and I am now reviewing it,” Hanna said during her address at the summit.
When asked how soon the public would hear about the report, Hanna responded: “I should be finished with it pretty soon but I want to meet back with the committee [that compiled it] before I speak publicly on it and I also want to brief the prime minister and the Cabinet.”
The minister had ordered the report after it emerged that the JFJ, without the ministry’s approval, had introduced the controversial manual to children at the homes. The manual — titled Healthy Sexual Growth and Development in Marginalised Youth: Rights, Responsibilities and Life Skills — is said to contain age-inappropriate oral, anal and vaginal penetration lessons under the guise of ‘tolerance’.
The children’s home controversy had resulted in a severe fallout at JFJ, which saw the resignation of a number of board members, including Lisa Lakhan-Chen as chairperson, and the body’s executive director, Kay Osborne.
Meanwhile, on Thursday Hanna implored the young attendees at the summit to speak up about issues that affect them and about how they want to be treated.
“I am very, very clear as minister that, if I have responsibility for children and certain aspects of children, then I need to hear from them,” she said to the children. “Over the last two years we have set out to implement mechanisms and put in place systems so that I can hear from them because oftentimes you have the answers, you know the solutions that you need.”
The summit, which was held under the theme: Creating Opportunities for Vulnerable Children: Opening doors to securing a Brighter Future, was aimed at creating an environment in which children can interact with their peers and adults; share their experiences and views on matters that they consider important to their safety and well-being; make recommendations on how to improve conditions in Jamaica; and participate in programmes to enhance their personal development and experience.
Apart from motivational speeches, the summit also featured several other sessions on how to generate ideas on how best to improve children’s services and develop effective public educational material; conflict management; grooming, etiquette and career path development.