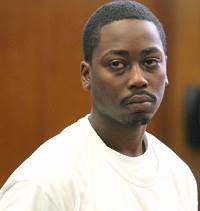 ‘Burberry Bandit’ gets 5-to-10 years for robbery spree

A judge sentenced notorious “Burberry Bandit” Cornell Neilly to five-to-ten years in prison for robbing a string of Manhattan banks in 2012 to support his fashion addiction.

Neilly, 22, told cops he went on the robbery spree hitting 13 banks in two months to feed his desire for designer duds.

Last month Neilly copped to the top charge of robbery in the third degree before Justice Bruce Allen in Manhattan Supreme Court.

Neilly netted about $8,500 from the heists which he used to buy a $400 pair of sneakers and other pricey additions to his wardrobe, cops said.