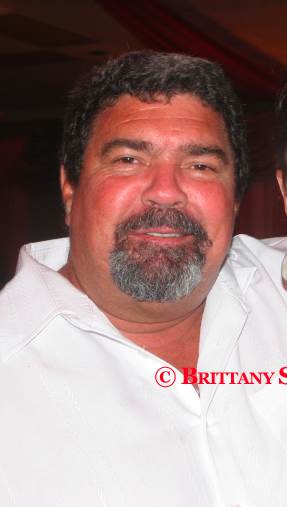 South Florida drug smuggler has long history of getting caught

With a South Florida drug smuggling career that spans 31 years, Mark Marchand pleaded guilty Friday to importing at least $1.7 million worth of cocaine in August – a crime that could put him in prison for the rest of his life.

Marchand, 57, first made headlines in 1982 when he was found floating on a life raft about 30 miles east of Port Everglades with 600 pounds of marijuana he had tried to fly in from Jamaica.

The airplane ran out of gas and crashed into the ocean where Marchand and his co-defendant Garth Henriques – the father of reggae star Sean Paul – were soon picked up by authorities.

Marchand served a little over a year in federal prison and got into some relatively minor legal scrapes over the years, records show.

The Hollywood man’s luck at avoiding federal drug investigators ran out again on Aug. 6 when a U.S. Customs and Border Protection aircraft spotted his sailboat – this time 30 miles east of Hillsboro Inlet. When agents stopped him and searched the boat, they found about 190 pounds of cocaine and a small amount of heroin hidden in secret compartments on the vessel.

Marchand admitted he had sailed from Broward County to Freeport in the Bahamas, where he and three local men loaded on to the boat cocaine bricks that he was to smuggle back to South Florida.

“Marchand intended to sail to a dock located behind a residence in Fort Lauderdale and the following morning he would call a man on his cell phone who would come to the residence and unload the cocaine with Marchand,” agents wrote in court records.

Marchand expected to be paid $172,000 for bringing in the haul, he told agents, adding that he had done similar runs several times in the past 10 years.

Marchand, who will remain locked up, pleaded guilty to two charges of importing cocaine and heroin with intent to distribute the drugs. He faces 10 years to life in prison and fines of up to $10 million per charge when he is sentenced in January. Marchand agreed to the forfeiture of his 1976 white Hunter sailboat during the hearing Friday in federal court in West Palm Beach.

Born in Queens, N.Y., Marchand went to high school in Jamaica and then served in the U.S. Navy as an aircraft electrician before moving to South Florida in 1977. He worked as an electronics technician for years but was out of work and receiving Social Security disability income for bipolar disorder since 2002.

He told authorities he was not taking his prescription medicine before his arrest, but had used cocaine since the 1980s and was hospitalized after a cocaine overdose earlier this year.