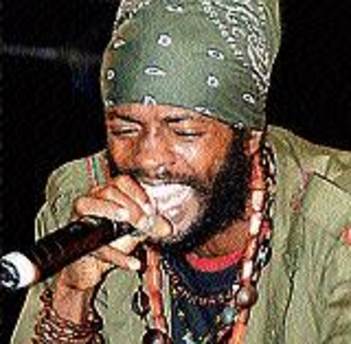 Dancehall acts have been commending Shabba Ranks after the artiste revealed his reasons for not accepting an invitation to perform at the BET Awards Show last week.

Shabba, who was invited to perform alongside Beenie Man, Elephant Man, Dawn Penn and Shakka Demus and Pliers, said he didn’t think dancehall was being treated as a genre equal to others.

According to Shabba, he was told that the dancehall artistes would not be allowed on the red carpet like the other celebrities, and he was not prepared to settle for being treated that way.

The two-time Grammy Award winner told the media in a recent interview that he had other engagements prior to receiving BET’s invitation, though that was not his main reason for snubbing the request.

“For years dem have wi music a put it in a little corner and tek it out when dem feel like, and I am not for that. I am here to stand up so dancehall can be rated and respected as every other people music. It doesn’t take five and six of us to show dancehall to the world in one forum – Shabba Ranks could do it, Shakka Demus and Pliers can do it,” Shabba said.

Also missing from the show was fellow veteran dancehall artiste Patra. However, her reason for not performing at the event is yet to be revealed.

“None a dem nuh faster dan Usain Bolt all now, none a dem nuh badda dan Shabba all now, none a dem nuh badda dan Bob Marley all now … we as Jamaican must stand up for our ting in a strong way and nuh mek dem feel like dem wah kip wi een. Nuh hide mi behind nuh little corner and den bring mi up pon stage for four little second … dat a nuh weh Shabba want fi dancehall,” the artiste said, pointing out that other international artistes were given the opportunity to perform sets by themselves, and that BET’s decision to let the Jamaican acts perform as a group underplayed their true value.

Reggae artiste I-Wayne shared a similar view to Shabba Ranks as it relates to his stance on grouping reggae/dancehall acts to perform. However, on the issue Shabba Ranks had with not being allowed to walk the red carpet, the Life Seeds singer said he wouldn’t have been bothered by that, because he is not that flashy.

“A nonsense dat, man. Reggae is the heart of the people so it should be a equal playing field with fair treatment. The red carpet thing a nuh my ting still, but I definitely wouldn’t want to be chucked up with other artistes, we deserve room to do our ting,” the artiste said.

According to Stein, dancehall music has been treated unfairly by foreign music industry affiliates for many years, and Shabba was merely trying to end that cycle.

“I don’t think Shabba had a bad opinion. He was looking out for dancehall and reggae, which should rightfully be on top like any other international genre of music. We as Jamaican artistes have worked twice as hard to get our music out there so we should get the same treatment,” he said.

Stein, however, was not against Beenie Man, Elephant Man and the others for performing because Jamaican music needs the exposure.

“I’m not saying we should bow, but you know what they say, ‘Yu mus tek time draw yu hand out of lion mouth’,” he said.

Stein who is now promoting his debut album All Or Nothing, says local artistes who have experienced ‘a fight’ at the hands of foreigners are more cognisant of the importance of facilitating unity locally.

Veteran deejay Macka Diamond also said she believed Shabba stance was the right one to take.

According to Macka, Shabba went through a lot during the early developments of his career, making his stance understandable.

But like I-Wayne and Stein, she too thinks the artistes who represented Jamaican music at the 2013 BET Awards made a positive decision.

“It put back Jamaican music on the market where it ought to be, and in life if yuh want good, yuh have to give and take,” the Twist Me singer said.

American rappers A$AP Rocky and A$AP Ferg recently paid homage to the dancehall icon with the release of their collaboration called Shabba. The music video for the song shows the rappers mimicking Shabba’s mode of dress as well as his dance moves.

0 thoughts on “SHABBA GET BACKINGS”