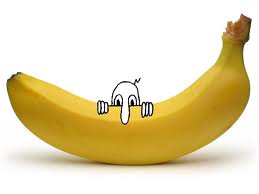 Jamaican Groupie, I read your bloggers response to my post about small dick Breed Ez and let me respond as shortly as possible. I would like them to read this.
Some of the bloggers are asking why I f**ked him since I knew his d*** was small. Here we go.
Last year a mutual friend introduced us, he asked me for and I gave him my phone number. We were talking and texting back and forth for about 2 months and then he stopped. Around March of this year he hit me up again saying some bs that he lost his phone with my number. Again we started talking, texting and face timing and he would always ask to see my p**y. He started asking me to hang out with him and I was holding out, until one day I was feeling horny and I reached out to him and we decided we were going to f**k. We met at a hotel. I was expecting him to do all the things he said on the phone, but I was highly I mean highly disappointed. Mind you his belly is big and hanging over everything, which was very disgusting. I wanted to take a picture but that wasn’t possible. He turned his back when he was putting on the condom. When he turned around I noticed how loose the condom was on his d**k even though it was erect, and that it was hanging which I have never seen before. I was worried it was going to come off in my p**sy, but I was skilled at gripping. I dried up when he took his clothes off but I had high hopes and thought he was going to lubricate me, instead I remained dry as the Arizona desert. He lasted for a solid 8 minutes, there was a clock on the side table. It was in the afternoon so what was his excuse. My d**do is bigger, wider and longer and the batteries lasts much longer.
I have no reason to lie that is why I text him to stop calling and texting me because I am very upset I even gave him the 8 minutes I did. Yes I heard that his d**k was very small from other women and that his tongue made up for it. I also read about it on your site, but still decided to try it. He is the one that was begging me and like I said one day I was horny and gave in.
People are going to say what they want because he f**ks many girls (I don’t see with what) and knows a lot of people, but the truth is that his d**k is small and he is very boring in bed. My friends warned me before not to f**k him because they heard it is a waste of time. He doesn’t even s*x talk or foreplay. I could see if his performance made up for that, but he is just boring. It’s not me because I am pretty with good body and big breast that are real and I know how to f**k. I didn’t even get the chance to showcase my skills since he bust his n*t in 8 minutes. There is also a girl by the name of Amanda that he f**ks and she too said the same thing that his d**k is very small and short. Other females have said it but have not blasted him. I should not be blamed for him having a small d**k and not being able to stay longer than 8 minutes. We f**ed once and that was bad enough for me. This mf should be put on blast. Females Breed Ez is not what you all think. That mf is lame in bed and the fact still remains his d**k is small and short like a Chinese banana.

0 thoughts on “SHE FURTHER EXPLAINS THE CHINESE BANANA EXPERIENCE……”