SHE STILL LOVE HIM…… 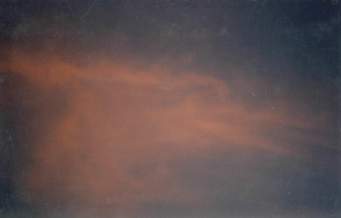 Though heartless; I still love Mike

Dear Taiwo,
I hide my tears when I mention your name, but the pain in my heart is still the same. Though I smile and seem carefree, there is no one who misses you than me. It is possible for one heart to recognise another in the space of a single heartbeat but Mike and I didn’t have hearts that recognise each other. In fact, Mike probably didn’t have a heart.” These were Nicole’s words as she went down memory lane.

Nicole, who was swimming in the pool of affluence, never lacked anything since her mother pampered her like a goddess and this led to scuffles in the family as her father was not pleased with how she was being spoilt. She stood out among her friends, which made her an object of envy because of her flamboyant lifestyle. Nicole attended one of the best schools; though her father wanted her to study abroad, her mother insisted her only daughter should be within reach.

Interestingly, Nicole’s beauty cannot be qualified in words as her alluring and charming nature made her the cynosure of guys. Nicole’s life became more exciting when she found love in the higher institution, 200 level to be precise. Despite all advances from guys who were either attracted to her beauty or her parents’ opulence, no one touched her heart like Mike did. Mike’s family was not doing badly as his needs were well catered for too.

Their blissful affair was the talk of the campus. This is because their colleagues envied them as they seem to be the ’’perfect couple.’’ They did almost everything together; attending lectures together, spending vacations and visiting each other’s home frequently. They were inseparable.

Mike was not looking bad too as his six-foot height, heavy athlete’s body; dark complexion and a good looking face that wore a dazzling smile always endeared him to other ladies. He gave deaf ears to their advances.

Nicole’s joy knew no bounds as they gradually proceeded into the era of their final examinations, unaware of the events that were about to unfold. One fateful day, she decided to pay Mike a visit with the aim of spending the night at his place. She drove to his hostel and found his door locked. She tried calling his mobile phone but he didn’t pick his calls. After waiting for an hour with no hope of his return, she left for her hostel.

While she was in the class the next day, she noticed Mike came in late and from the look of things, he was absent minded, as he did not contribute to the topic discussed that day. This got her uneasy as regards to his whereabouts last night. After lectures, Mike quickly rushed out as if he was being chased by a ghost, and Nicole tried all she could to catch up with him but was unfortunate as his car zoomed off. She called his line again and after the fourth ring, the line wasn’t reachable.

She became fretful, at night, she went to his hostel to check on him again but met his absence. She contemplated going to his parent’s residence but thought against it. She knew Mike was troubled and was probably avoiding her because he didn’t want to burden her with his problems.

On her way home, she stopped at his friend’s hostel to inform him about the new development and was happy to see Mike’s car parked outside his hostel. While she tried to get out of the car, she coincidentally saw Mike exiting the hostel and walking to his car.
She was about calling his name when she noticed he wasn’t alone. He was accompanied by a lady who she had never seen before and they both walked to his car and drove off.

Later that night in her hostel, Nicole could not sleep as she was engrossed with the thought of what happened earlier in the day. She started having guilty conscience for not calling Mike, but just sat there as he drove off with the strange lady. She was too troubled to know what to say or do, and she knew Mike would never cheat on her, but was disappointed at his strange behaviour also because he could confide in a total stranger instead of sharing his problems with her. It hurt her and she settled for a text message where she told him how disturbed she was and hoping for a response as soon as possible.

However, Mike did not return her calls nor reply her messages. She was fed up by the end of the week after trying all possible means to see Mike, but to no avail.

The second week proved more difficult as she began hearing rumours about Mike and the strange lady. It was from her friends that she learnt that the strange lady, Becky, was a transfer student from another institution and Mike and Becky were seen together at different places on campus. She tried to confront Mike the next day but he got away with his usual tricks.