SHOCKING REVELATIONS ABOUT 12 YO WHO DIED 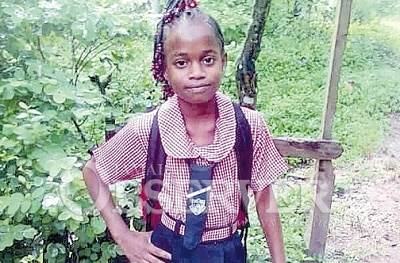 Superintendent Nelson from the JCF today spoke with Nationwide Radio and gave insight on the murder of twelve year old Jamelia Johnson.
Mr Nelson stated that the postmortem results on little Jamelia revealed that she was sexually abused before she died and was also sexually active with other men in the area.Residents reported that she was often seen wandering around the neighborhood on many occasions. Jamelia was said to have lived with her mother and grand-aunt who are now being investigated for child neglect.The superintendent stated that, the man accused of murdering Jamelia, was involved with her aunt and had some sexual contact with the minor prior to her dying . He revealed that the community was well aware of Jamelia’s lifestyle but no one made reports. Postmortem confirmed that the twelve year old was not pregnant.

0 thoughts on “SHOCKING REVELATIONS ABOUT 12 YO WHO DIED”