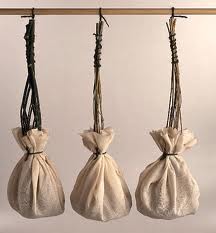 Men with larger testicles tend to be less involved fathers than those with smaller testes, a new study suggests.
Play Video
Blame Migraines On Your Parents
That terrible, debilitating pain might be one more thing you can blame on your parents.
DCI

The findings, detailed today (Sept. 9) in the journal Proceedings of the National Academy of Sciences, are correlational, so they can’t say exactly why the trend exists but only that there is a link.

But men who produce more sperm have bigger testes, and sperm production is extremely energy intensive for the body, so it may be that fathers “face a trade-off between investing energy in parenting and investing energy in mating effort,” said study co-author James Rilling, an anthropologist at Emory University in Atlanta. [Sexy Swimmers: 7 Surprising Facts About Sperm]
VIDEO: Suck Your Baby’s Pacifier to Stop Allergies

Scores of studies have shown that children with involved and caring fathers tend to do better emotionally, socially and educationally.

So Rilling and his colleagues were interested in understanding what makes some men stellar dads and others AWOL.

A 2011 study in the Philippines suggested that men who have high testosterone levels are more likely to marry. Even so, those men who are eventually more involved in day-to-day child care duties — such as changing diapers, running the bath or kissing scraped boo-boos — see their testosterone levels drop more than men who remain aloof after having children.

But testosterone has many roles in the male body, so it wasn’t clear whether the drop in the male hormone occurred because men were investing more in parenting than in mating.
NEWS: Boys Aren’t Necessarily Wilder

Rilling and his colleagues surveyed 70 married men ages 21 to 55 who had between one and four children about their involvement in caregiving. Only four of the men routinely did more caregiving than the mothers.

The researchers then used magnetic resonance imaging to scan the brains of the fathers while they looked at images of their children. The team also scanned the participants’ testes to assess volume and measured testosterone levels from blood samples.

Men’s testes’ volume varied considerably — from a little more than a tablespoon in volume to about a quarter cup.

Men with bigger testes had a more hands-off parenting style, and the reward centers of their brains activated less when the men viewed their children’s pictures. These fathers also tended to have higher testosterone levels.

The findings are fascinating and provocative, said Sarah Hrdy, an anthropologist at Citrona Farms who was not involved in the study.

“For me, the take-home message is, there is this tremendous potential for nurture in human males, albeit a potential that in different cultural and social situations is not always being tapped,” Hrdy told LiveScience.
Play Video
Blame Migraines On Your Parents
That terrible, debilitating pain might be one more thing you can blame on your parents.
DCI

But the study also raises a number of questions, added Hrdy, who is professor emerita at the University of California, Davis; associate in the Peabody Museum of Archaeology and Ethnology at Harvard; and A.D. White professor-at-large at Cornell University.

For instance, no one knows how testicular volume changes over time (although testes do tend to shrink with age).
NEWS: Yelling at Teens Linked to Bad Behavior

In addition, scientists aren’t sure whether men who make more sperm are genetically wired to be detached dads, or whether early life experience or the act of caring for children leads men’s bodies to invest less in sperm-making, thereby causing their testicles to shrink, she said.

Another possibility is that the trend reveals a trade-off that varies with men’s mating strategy, said Robert Martin, a biological anthropologist and author of “How We Do It: The Evolution and Future of Human Reproduction,” (Basic Books, 2013).

“A man can either invest in looking after the child of one wife, or he can invest more in sperm production if he has several wives,” Martin, who was not involved in the study, told LiveScience.