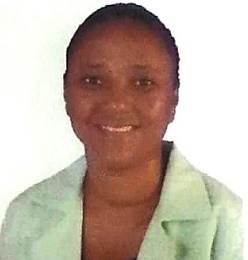 Staff and students of St Elizabeth Technical High School (STETHS) in Santa Cruz and residents of Malvern 10 miles away were in shock and mourning yesterday following the suspected suicide of a respected teacher and neighbour.

Police named the victim as Diane Vassell. She was said to be about 38 years old. Married with an eight-year-old son, Vassell taught mathematics and social studies at STETHS.

Police report that they were called to the home in Malvern yesterday morning and upon arrival, about 9:45 am, found Vassell’s lifeless body hanging in the bathroom.

Wellington recalled that Vassell, who joined the staff “about 10 years ago”, was a social studies specialist until it was discovered following a teacher-training upgrade three years ago that she was also “an excellent Math teacher”. She taught students ranging from Grade 7 to Grade 10.

“She was a competent and dedicated teacher who got along well with her students and colleagues,” Wellington said. “She was well respected.”

Reliable sources told the Jamaica Observer that Vassell had been showing signs of mental depression in recent months and was receiving counselling. There was speculation that her difficulties may have been related to traumatising, life-changing surgery some time ago.

Wellington said counselling sessions organised by the school with the help of the Ministry of Education would be in place for students and staff when school resumes tomorrow.