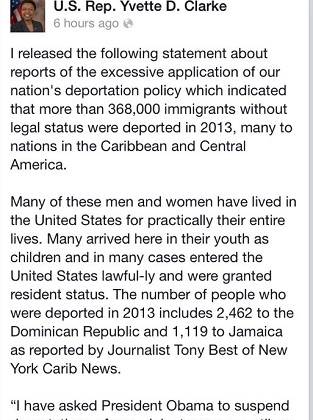 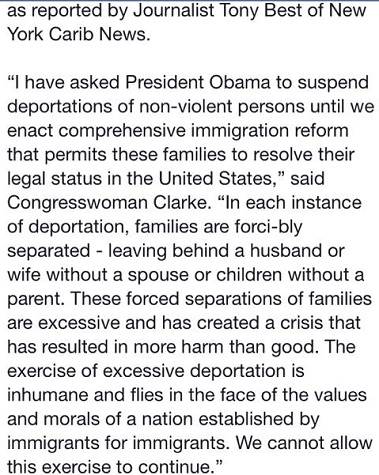 Caribbean nations forced to take back thousands of deportees in 2013

Caribbean and Latin America nations topped the list of foreign countries around the world which were forced to accept deportees from the United States in the last fiscal year.

Mexico, Guatemala, Honduras, El Salvador, Brazil, the Dominican Republic, Columbia, Nicaragua and Jamaica in that order led all countries with well over 300,000 out of the 368,644 immigrants who were showed the immigration door and forcibly returned to their respective birthplaces.

The Dominican Republic was at the top of the group of Caribbean countries with 2,462 deportees while Jamaica had to accept 1,119 during 2013. Between them Haiti, Guyana, Trinidad and Tobago, Barbados, the Bahamas, Barbados and the Eastern Caribbean received less than 2,000 deportees.

The new figures released by the Department of Homeland Security showed an overall 10 per cent decline in deportees when compared with the previous year when 410,000 foreign-born residents were removed from the country, most of them for over-staying the time they were first given by officials of the Immigration and Customs Enforcement on their arrival.

Although the number has fallen, the picture is unlikely to result in an easing of the pressure on the Administration to end its aggressive approach to deporting immigrants. U.S. Representative Yvette Clarke, a Democrat of Brooklyn, has openly called for a suspension of the deportations until Congress has acted on the comprehensive immigration reform proposals which were approved by the Senate several months ago but which were blocked in the House of Representatives by Republicans, who charge that the pathway to citizenship was a form of amnesty that rewarded undocumented immigrants for breaking the law.

But immigration advocates, including the New York Immigration Coalition have been arguing that deportations were too harsh a treatment for most of the people who weren’t “illegal aliens” but were immigrants who “were out of status,” meaning they were in the country without an extension of their original allotted time.

The Administration, said John Sandweg, acting Director for Immigration and Customs Enforcement, was “enforcing our nation’s laws in a smart and effective way, meeting our enforcement priorities by focusing on convicted criminals while also continuing to secure our nation’s borders.”

Like Clarke, U.S. Congressman Hakeem Jeffries, a freshman lawmaker from Brooklyn, has called on the Republican House leadership in Washington to bring the immigration reform bill to the floor of the chamber for debate and ultimately for action./

U.S. Congressmen, Charles Rangel of Manhattan and Gregory Meeks, s Democrat from Queens who has been in the lower House for more than a decade, have both called on the “Republican majority” to bring the reform proposals to a vote