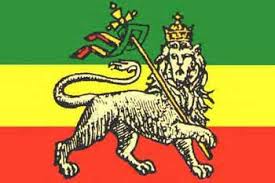 The main Rastafarian sects or “mansions”
Nyahbinghi – the oldest of all Rastafarian orders. The name is derived from Queen Nyahbinghi who ruled Uganda in the 19th century and fought against the British Empire. They were the first to proclaim Emperor Haile Selassie as the incarnation of the supreme deity. The Nyahbinghi pushed for repatriation to Ethiopia.
Bobo Shanti – the name is derived from Bobo, which stands for Black, and Ashanti, a tribe from Ghana. It is believed most of the slaves brought to Jamaica were from the Ashanti tribe. Prince Emanuel Charles Edwards founded the Bobo Shanti order in Jamaica in the 1950s. He, along with his descendants and Haile Selassie, are seen as gods. Marcus Garvey is regarded as a prophet. The Bobo Shanti also believe black people should be compensated financially for slavery. They wear long robes and very tightly wrapped turbans, and avoid eating salt and oil.
The 12 Tribes – this sect was founded in 1968 by Dr Vernon “Prophet Gad” Carrington and is the most liberal of all Rastafarian orders. Twelve Tribes members are free to worship in a church of their choosing or at home. They consider themselves the direct descendants of the 12 sons of Jacob. They are divided into 12 houses which are determined by birth month and each house is represented by a different colour. Bob Marley was their most famous follower.

0 thoughts on “THE SECTS OF RASTAFARIS”