THE SIMPLE PRINCIPLE OF SUCCESS AND FAILURE- GOOD MORNING 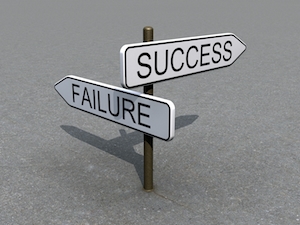 The simple principle of Success and failure
I can recall growing up, my grandmother would frequently say, “Practice makes perfect”. Basically
what she was saying, was that the more you do anything eventually you’ll become perfect at it or at best give you the same results.
While pondering her saying, I began to marry her saying with the word “system”. The word system is defined as a set of interacting or interdependent components forming an integrated whole. in other words a set of things or a group of people working individually knowingly or unknowingly for good or bad to produce, create or complete a whole or anything.
Thus, it brought me to the following thought. Whatever it is in life that is repeatedly going on with you (good or bad) it will always be as a result of a system or a repetitive behavior, structure or connections that you’re knowingly or unknowingly following or participating with that’s providing your end result.
Therefore, bad relationships, poverty, unhappiness, confusion, lack, negative thoughts, failure and its opposites are indicators that there are systems that you’re involved with or a part of, where your consistent practicing of certain things or involvement with certain people are repeatedly providing you with what you like or dislike…… The reality is, it’s impossible to achieve something different by doing the same thing over and over again with the same people or components!
Consequently, in order to change what you have been consistently achieving, then carefully analyze the components and people that are responsible and always involved with your end product!
It is therefore true that Insanity is doing the same thing the same way, possibly with the same people all the time, however expecting a different result!
Written By: Kevin L A Ewing
kevinewing@coralwave.com
kevinlaewing.blogspot.com