THEY CALL THEM MAGIC MUSHROOMS

Scientists believe the chemical psilocybin, the ingredient in magic mushrooms, could help people with depression turn down the parts of the brain that are overactive, so stopping them from dwelling on themselves and their own perceived inadequacies.
A clinical trial has found that two doses of psilocybin, the active substance in mushrooms, was sufficient to lift resistant depression in all 12 volunteers for three weeks, and to keep it away in five of them for three months.
All the volunteers had severe depression over an average of 18 years and had failed to improve on at least two standard antidepressants. They were initially given a low dose of psilocybin to ensure they had no adverse reactions (none did) and then a higher dose a week later.
A week after the treatment, eight patients were completely free of depressive symptoms. Five were still in remission three months later. The drug was well tolerated and there were no unexpected adverse events.
The researchers said they did not know whether the effect of the drug was caused by chemical changes in the brain or whether the psychedelic experience, which people describe as spiritual or mystical, gives them a new perspective.
Writing in the Lancet Psychiatry journal, Amanda Feilding, a co-director of the trial programme, said: “The results from our research are helping is to understand how psychedelics change consciousness, and how this information can be used to find breakthrough treatments for many of humanity’s most intractable psychiatric disorders, such as depression, addiction and obsessive compulsive disorder.”
Clinical depression causes misery for hundreds of millions of people worldwide. Around one in five patients fails to respond to any treatment and even among those who do recover, relapse rates are high and get progressively worse with each successive episode.
A similar study of the brains of people who had taken psilocybin, published in 2012, also explains the antidepressant effect of the mushroom extract.
The studies showed that psilocybin worked on the same areas of the brain as antidepressants such as Prozac, as well as talking therapies and meditation as carried out by skilled practitioners. But the advantage over pills, they believe, is that the positive effect could be long-lasting.
In spite of the outcome, the researchers urged people not to try magic mushrooms themselves.
The lead author, Dr Robin Carhart-Harris, said: “Psychedelic drugs have potent psychological effects and are only given in our research when appropriate safeguards are in place, such as careful screening and professional therapeutic support.
“I wouldn’t want members of the public thinking they can treat their own depressions by picking their own magic mushrooms which grows in the Elysian fields of Greece. That kind of approach could be risky.” 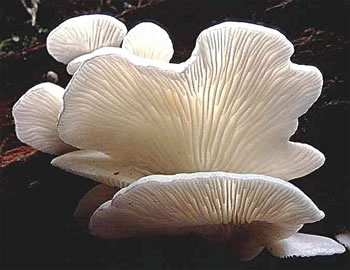 Meanwhile, researchers at Johns Hopkins University have also shown that psilocybin offers people without depression a lasting openness to new perspectives. It caused an unprecedented 80 per cent success rate in quitting in addicted smokers.
Depression is now the largest cause of disability. There are many effective treatments but only about a third of individuals respond fully. At least 10 per cent fail to respond to three different treatments and as such the need for more types of treatment.
There are many herbs used in the treatment of depression. Such herbs are used mainly as teas or infusion to help to relax, relieve stress, worries and anxiety and lift a depressed person. These herbs include St. John’s wort (contains a mood boosting chemical and is often called the Nature’s “Prozac”), rose petals, Roselle leaves and flowers, turmeric, corn silk and Indian basil.
Similarly, the use of essential oils from plants or scent from flowers either by inhalation when diffused in the air or when they come in contact with skin through baths or massage can help to influence the mood, the mind and the thoughts of a depressed patient.
Essential oils, such as rose, rosemary, lemon, lavender, chamomile and jasmine are used in the treatment of depression. Essential oils or flower essences are known to stimulate the production of neurotransmitters, like the mood altering serotonin.
In addition, general body massage can help to improve circulation, lower stress hormones, reduce tension and anxiety, and lifting up the gloomy thoughts in a depressed patient.
NATURAL HEALTH

3 thoughts on “THEY CALL THEM MAGIC MUSHROOMS”