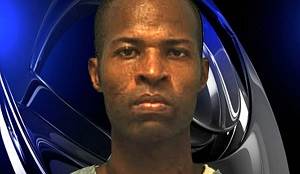 MIRAMAR (CBS4) – A man suspected of gunning down three people in cold blood in Miramar has been charged with their murders, and one of the survivors is speaking out.

Police have arrested 33-year-old Kevin Lavon Pratt, who was in jail on an unrelated charge and scheduled to be released at the end of this month, and charged him with three counts of murder and one count of attempted murder.

According to Camille Hamilton, the sole survivor of the shooting, on that day in August 2009 she went shopping with her daughter, 15-year-old Nekitta Hamilton, for the girl’s upcoming Sweet 16 party. After their trip to the mall, they went to the home of 49-year-old Faith Bisasor in the 9500 block of Encino Street in Miramar where they planned to hang out.

The woman told police that a man she had never seen before came into the house and began shooting. Her daughter, Bisasor and Bisasor’s 15-year-old son Davion Bishop all died that day. The woman, who was shot in the head, said after lying on the floor for several hours she regained consciousness.

She said she was disoriented and grabbed her cell phone and called the last number which showed up on the screen. It was the number of a friend, who called 911 and police were at the home in minutes.

The woman was rushed to the hospital and spent weeks there recovering.
Police shared out a sketch after the murders, but the crime remained unsolved until now. Using DNA found on duct tape inside the home, police were able to identify Pratt.

“When I saw him…I’d never forget what he looks like, never,” Hamilton said.

Hamilton said she had to speak to him.

“I asked if I could co in and speak to him in person,” Hamilton said. “I had to look him in the face and ask him why? Why did he take my only child, my friend and her only son?”

According to police, Pratt denied any involvement in the murders, but Hamilton said she’s glad he was arrested.

“I feel good, but deep in here it still hurts to be around knowing that my only child…she’s gone and never going to come back, and my friend and her son,” she said.

Police believe the shooting was a completely random act and that Pratt, who was homeless at the time, only got away with $80.

“There are other crimes that are out there that are random, but usually not to this extent where there are three murder victims and one attempted murder victim,” Det. Steve Toyota with the Miramar Police Department said.

Pratt has a criminal record. In February 2010, according to the Florida Department of Corrections, he was arrested and charged for battery on a law enforcement officer and resisting arrest with violence. He was also arrested for trespassing and loitering.

In 1998, he was charged with carrying a concealed firearm, fleeing and aggravate battery on a law enforcement officer. In 994, he also faced multiple charges, including robbery

0 thoughts on “THRILLER U …………..NEVER PRESENT..MURDER SUSPECT IN CUSTODY”