TOMATO AND COFFEE FOR HEALTHY HEART

nsuring a healthy heart is far easier than can be imagined. Experts looking at heart healthy foods have indicated that a diet that includes coffee and tomatoes support a healthy heart. 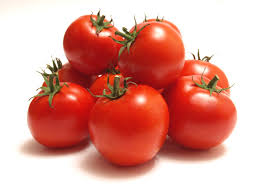 In a new study, experts indicated that tomato is rich in nutrients that are effective against heart disease. The study indicated that consumption of tomato can help inhibit a key process that leads to the thickening of the artery wall, which is typical of heart disease.

This also further asserts that whole food extracts are more effective than single ingredients – such as lycopene.

The study commissioned by Lycored also noted beneficial changes in glucose, insulin and triglyceride responses after a high-fat meal. While the study doesn’t reveal anything unexpected, the approach is of notable interest as the researchers use whole food extracts.

Dr Karin Hermoni, category manager at, Lycored stated: “The use of a whole food extract from the tomato as a method of addressing the oxidation of LDL, the most dangerous form of cholesterol, and improving the metabolic picture following a meal, is a new concept.”

Atherosclerosis is a condition of the arteries, where fatty material is deposited onto the inner arterial wall.

In a randomised, double-blind, placebo-controlled test, 146 healthy normal weight individuals were daily given a dose of Lycored’s Cardiomato product or a placebo for two weeks.

For the study, the treatment capsules were standardised for the levels of several phytonutrients such as lycopene and phytosterols in a 1:1 ratio (15 mg), as well as tocopherols and other tomato carotenoids such as phytoene, phytofluene (4 mg), and beta-carotene (0.5 mg).

Oxidised LDL (OxLDL) – particles that accumulate in the body leading to artery cell wall thickening or atherosclerosis –glucose, insulin, and triglyceride (TG) responses were measured for eight hours after ingestion of a high-fat meal (850 kcal; 50 per cent of energy from fat; standardised in lycopene) before and at the end of intervention.

According to Hermoni: “The outcomes of the study in general tell us the benefits of this whole food supplement in management of post meal stress.

“One of the strengths of this study is that it was done with healthy subjects. That means everyone can benefit even young healthy individuals that want to promote healthy ageing in the years to come. This trend of a beneficial effect might be even stronger over time.”

Previous research has suggested a beneficial relationship between tomato consumption and lycopene levels with risk of some chronic cardiovascular diseases.

Lycopene is thought to be the prime bioactive carotenoid in tomatoes that is responsible for these health benefits. However, other precursor carotenoids such as phytoene and phytofluene are also present in large quantities and more likely exhibit potent bioactivity too.

Meanwhile, experts also say that taking between two and five cups of coffee per day benefits the heart and blood vessels.

The report, commissioned by the Institute for Scientific Information on Coffee (ISIC), suggests that taking between two and five cups of coffee per day may reduce risk of death from cardiovascular diseases by just over a fifth.

Coffee naturally contains a variety of compounds including caffeine, antioxidants and diterpenes. These compounds not only give coffee its distinctive flavour but also the positive effects on health.

A study of 75 patients with hypertension was also included, which suggested that drinking coffee was associated with higher blood pressure compared to those who did not drink coffee.

The effect was greatest in those who drank three or more cups of coffee per day.

Research carried out by The Women’s Health Initiative concluded that caffeinated and decaffeinated coffee were not risk factors for high blood pressure in postmenopausal women.

“The precise mechanisms of action behind the suggested association are unknown,” the report stated.

“The antioxidant profile of coffee has also been proposed as a potential mechanism that might affect the association between coffee consumption and reduced CVD morality risk.”

Maureen Talbot, senior cardiac nurse at the British Heart Foundation, however cautioned, “While this study may suggest that drinking three cups of coffee a day could offer some protection from heart and circulatory disease, it shouldn’t be taken as a green light to drink lots of caffeine”.

89 Users Online
Back to top