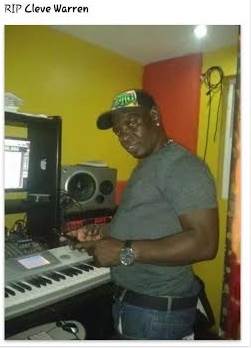 The acting community is in shock as it mourns the passing of roots play thespian Cleve ‘Chu Chu’ Warren.
Warren, 46, is said to have died in the St Ann’s Bay Hospital Thursday, November 20, after complaining of feeling dizzy.
Fellow actor Garfield ‘Bad Boy Trevor’ Reid remembers him as a great brother, co-worker and friend.
“The last time I saw him was two weeks ago. I was going into rehearsal for Bashment Granny 3. He came to watch us and he just brought an energy to the place. He was like that. He would come and watch a play that he was not in and give you a critique that was always helpful. The guy will be sadly missed.”
Reid and Warren began working together in the 1990s. Their first production, Ghetto Slam, saw Warren as the actor and Reid being the director. Since then, they have appeared together on stage in many productions including Bad Mind and Passa Passa.
Warren first stepped onto the commercial theatre stage in 1990, playing the role of Bwoy-Bwoy in Ralph Holness-produced Dead Lef‚. He created and would personify the role of ‘Chu Chu’, the fast-talking hot ‘gyal’ from the production Bashment Granny.