TURKEY BLAMES US FOR COUP 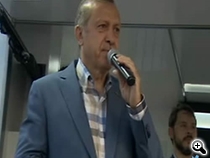 Turkish officials have rounded up thousands of people suspected of involvement in the failed military coup attempt and have locked down a key air base used for U.S.-led air strikes against Islamic State militants.

Planes also began landing at Istanbul’s Ataturk airport on July 16 as the country slowly returned to normal after the shocking coup attempt that killed at least 265 people and left more than 1,400 wounded.

Turkish officials detained a senior judge and the Turkish commander of a NATO rapid-reaction unit on treason charges after the coup, which began late on July 15 when a fraction within the Turkish military announced it had seized power in the country.

Ankara was quick to blame the coup on what it says is a network of supporters of 75-year-old Muslim cleric Fethullah Gulen, who lives in exile in the U.S. state of Pennsylvania. 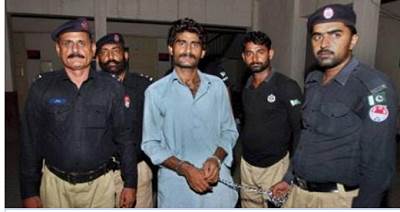 Gulen said on July 16 that he had “no knowledge” of the military coup attempt that began late on July 15 and condemned any violent attempt to oust the Turkish government, of which he is a fierce critic.

Turkish President Recep Tayyip Erdogan called for U.S. officials to send Gulen — who has lived in the United States since 1999 — back to Turkey while speaking at a rally in Istanbul on July 16.

“Mr. [U.S.] President [Barack Obama], I told you myself, either deport or hand over to us this person,” said Erdogan. “I told you that he was engaged in coup plots, but I was not listened to…. Deliver this man who lives in Pennsylvania to Turkey.”

U.S. Secretary of State John Kerry said on July 16 that the Obama administration would consider an extradition request for Gulen but would only comply if Washington was shown clear evidence of the cleric’s involvement in the coup.

Kerry also told Turkish Foreign Minister Mevlut Cavusoglu that “public insinuations or claims about any role by the United States in the failed coup attempt are utterly false and harmful to our bilateral relations,” the U.S. State Department said.

Obama urged all parties in Turkey to avoid destabilizing the country and to follow the rule of law in the aftermath of the coup attempt.

Although the Turkish government said on July 16 that the situation in the country is “under control,” Erdogan posted a message on Twitter urging his supporters to remain in the streets to prevent “a new flare-up” of coup activity.

Turkey’s Defense Ministry also warned that although it considered the coup attempt “foiled,” there could be more fighting between coup supporters and forces loyal to Erdogan’s government.

It added that the abducted chief of the military staff, General Hulusi Akar, was freed by a helicopter rescue mission early on July 16.

Cavusoglu said Turkish security forces loyal to Erdogan’s government imposed the lockdown at the Incirlik Air Base — a facility where about 1,500 U.S. soldiers also are based for operations against IS militants in neighboring Iraq and Syria.

Cavusoglu said the lockdown, including the closure of airspace that halted strikes against IS militants, was imposed because some Turkish soldiers at Incirlik were coup plotters. He said some arrests were made there.

That unit also led the International Security Assistance Force (ISAF) in Afghanistan from February to August 2005 when Turkey headed the UN-mandated mission.

The highest-ranking detained officer named on July 16 as the roundup of suspected coup plotters continued was General Adem Huduti, the commander of Turkey’s Second Army.

The Turkish government also issued an order to detain 2,745 judges and prosecutors for alleged complicity in the coup attempt.

CNN Turk reported that Alparslan Altan, a member of Turkey’s top court, was detained on July 16 — the most senior judicial figure detained so far.

At least 104 coup plotters and 161 others, mostly civilians who confronted those trying to stage the coup, were killed in the overnight violence across the country. At least 1,440 were wounded.

There were reportedly 41 police officers among those killed in clashes against the coup plotters in Istanbul and Ankara.

Yildirim said 2,839 military personnel who supported the coup attempt have been arrested.

He said most of the coup participants were connected with Turkey’s Air Force.

At an extraordinary session of parliament called on July 16 by Yildirim to discuss the crisis, all four parliamentary parties — including those in opposition — condemned the coup and backed the government.

Regional powers Iran and Israel both condemned the coup attempt.

Saudi Arabia also said it “welcomes the return of the situation to normal under the leadership” of Erdogan.

In Athens, Greek Prime Minister Alexis Tsipras told Erdogan during a phone call on July 16 that the asylum requests of eight Turkish soldiers who fled to Greece as the coup attempt was failing would be examined “quickly.”

Turkey has demanded the return of the soldiers to face charges for their involvement in the coup.

The soldiers flew a military helicopter to the Greek city of Alexandroupolis before asking for asylum.

4 thoughts on “TURKEY BLAMES US FOR COUP”