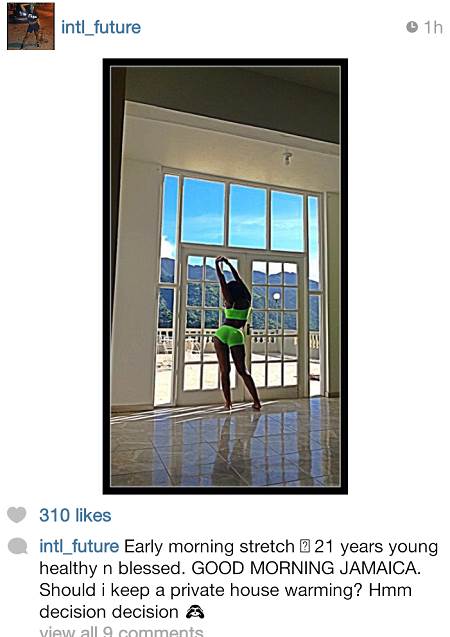 Mi nah lie still mi have a different respect levels fi dem, cause somebody ah steer dem in di right direction. From mi see dem pan Teacha’s Pet mi di think dem was lowest of scum bucket. After Teacha’s Pet dem reinvent dem self and start invest ina assets and also stick to a cause besides di hoodrat life. I’m happy they did a 360, but I still can’t believe dem so young and look soo ole.

Mi juss wah dem know seh money cah buy man especially a man dat neva wah you. She a show house and $$$l saying it’s “his loss”. Did she ever stop and think seh maybe di man cah angle fi har type of living and maybe him shame fi claim har up. It also looks like her and her sis kinda had a rift between them, they are not as close as they use to be. It is sad, I just hope it wasn’t ousiders influencing that or the almighty dolla. I loved how they stuck together but it’s apparent they are on different pages now.