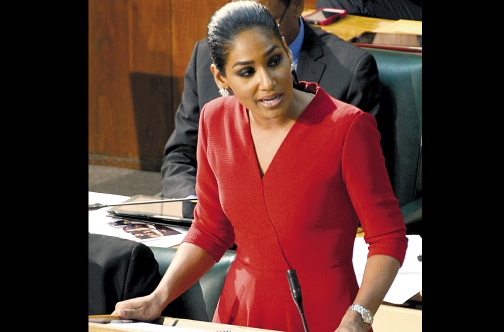 The United Nations Committee on the Rights of the Child is urging Jamaica to pass a law to abolish corporal punishment.
The body considers corporal punishment to be violence against children and made the recommendation for a full ban in the final report on Jamaica, following a visit and presentation by a Jamaican delegation to its meeting in Geneva, Switzerland, three weeks ago.
The committee was responding to concerns on corporal punishment contained in a report submitted by local human-rights group Jamaicans for Justice (JFJ).
“Corporal punishment is still highly prevalent in Jamaica. Reports of child abuse are alarmingly common, yet there has been insufficient action at the legislative and policy level to combat this,” said the JFJ.
“Article 19 of the [UN Convention on the Rights of the Child] stipulates that children have the right to be protected from all forms of violence …,” noted JFJ.
The lobby said the Government has failed to make the necessary legislative changes to prohibit all forms of physical and mental violence, which it said was part of the committee’s recommendation in 2003.
While acknowledging that commendable measures, such as the passage of the Child Care and Protection Act (CCPA), have been made, the JFJ said “… corporal punishment in the home and schools – where it most prevalent – still awaits legislative action … .”
The committee, too, also acknowledged progress, but agreed with the JFJ that corporal punishment should be abolished everywhere.
“The committee, however, is concerned that corporal punishment remains lawful in the home and schools, is widely accepted in society, and continues to be practised in the state party,” read a section of the recommendations in the final report for Jamaica.
“In line with its general comment, article number 8 (2006) on the right of the child to protection from corporal punishment, and general comment article number 13 (2011) on the right of the child to freedom from all forms of violence, the committee recommends that the state party: (a) Amend its legislation to explicitly prohibit corporal punishment in all settings, including the family, schools and institutions, and explicitly repeal the common law right to inflict ‘reasonable and moderate’ punishment … ,” it said.
Youth Minister Lisa Hanna, who led the Jamaican delegation to Geneva, last week updated The Sunday Gleaner on her response to the UN body.
“I told them the issue is being reviewed in the CCPA, but it requires significant dialogue with the Jamaican population. I also told them that as minister, I could not make that commitment without having that national dialogue.”
Hanna said even without the specific legislation, parents who abuse their children have been arrested and charged by the police.
PARENTS COULD BE CHARGED
“The implication of such a legislation is that a mother or father could be criminally charged for slapping their child. That is something for which I cannot take a personal decision to impact an entire population,” said Hanna.
“This could be done though community meetings with the relevant child agencies and their representatives, such as the Child Development Agency, Office of the Children’s Registry, [and the ministries of] National Security, Justice, and Youth and Culture.”
Head of the National Parenting Support Commission, Patrece Charles, said a clear definition of corporal punishment is required, and any legislation contemplated or required must take into consideration the Jamaican experience.
“In that definition must be a clear demarcation between physical abuse and disciplining a child. And until you can give me some form of evidence-based study that says the majority of Jamaicans have an authoritarian type of parenting style, and that they punish, beat and threaten children as a means of discipline, I don’t think we should rush into anything.”
Like Hanna, Charles said the issue requires national dialogue, and were the country to rush into anything, things could become “so ridiculous that if you shout at your child in public, the State could take him or her from you”.
erica.virtue@gleanerjm.