HOW JOSE LUIZ PORTELLO SAVED MEXICO FROM MICHAEL MANLEY.
Sir Alfred DaCosta first discovered Bauxite in Lydford, St, Ann in 1942. (A street in Ocho Rios, DaCosta Dr.) was named in his honour). The Sir Alexander Bustamante led government wasted no time in getting the industry up and running. Alcan was established, followed shortly by Reynolds and Kaiser. On June 5, 1952, Reynolds had the first shipment of Bauxite leaving Jamaican shores, Kaiser and Alcan, a year later.
Revere was was constructed in 1967 in Maggotty, St. Elizabeth and opened in 1971. Alpart was built by Bustamante and shortly after, Jamaica was on top of the world becoming the leading Bauxite producing country.
In 1972, Michael Manley became Prime Minister on a ”Betta mus come” campaign. Unfortunately better did not come because in less than a year, dark clouds began appearing over the horizon as his Democratic Socialism policy saw investors scurrying to catch the last plane to Miami, taking the wealth with them. 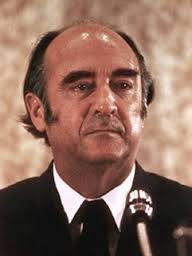 By 1973, the state of the economy worsened as Jamaica was beginning to see a 25% decline in the economy. Manley was in serious trouble and he knew it. His popularity was on the decline… His foreign policy was no better.
In desperation he imposed a levy on bauxite that saw a decline in the industry as countries looked elsewhere for cheaper deposits. It was that time Australia overtook us and we fell from that lofty position that Bustamante had us in the 1960s…Jamaica was left behind !!!
Revere, encountered difficulties from the beginning, suffered most by the Manley levy and requested a one year tax break from the PNP government to address internal issues. The PNP refused… Revere was closed in 1975 resulting in hundreds in job losses.
In a bid to recapture the ”power and the glory” Michael Manley formed an alliance with Venezuela and Mexico in November, 1974 and a company called JAVEMEX (the first syllables in the name JAmaica, VEnezuela and MEXico) was created. The objective was to create a Bauxite company, just as Bustamante did.
Jamaica would supply Bauxite, Venezuela would supply the oil for energy and Mexico would construct a smeltering plant called Jalumex. Market was secured in Japan, Algeria and other countries. Jamaica’s contribution to this venture was a whopping 300 million dollars (a lot of money in the 1970s).
A major problem developed and it was with Michael Manley. He developed a relationship Cuba and began ”walking the mountain tops with Fidel Castro” and the Russians, bitter enemies of the number one trading partners, the USA and was taking Mexico down that destructive path. Mexico was in ”bad company” and was in danger of suffering similiar fate as Venezuela, Guyana and Jamaica today.
They were saved by their 1976 election which saw Mexico falling into the hands of a new government as Jose Luiz Portello was romped into power.
While Manley was in Jamaica boasting with his usual charismatic speech of ”what can happen when third world countries work together to get things done.” A phone call came from Mexico City informing him that Mexico will no longer participate in that joint venture.
The Vision of Manley became a nightmare as 300 million Jamaican dollars disappeared in the wind.
Portillo must have known the effects of Michael Manley’s Democratic Socialism by getting rid of him in such great haste.