US FREEUP TRAVEL SOMEWHAT TO CUBA 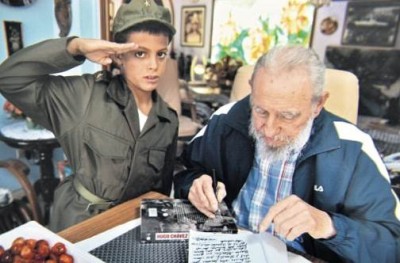 The Obama Administration yesterday began to ease restrictions on travel to Cuba.
Last month, United States President Barack Obama announced historic changes to the US-Cuba policy, beginning the process of normalisation between the two countries.
Obama had also announced his commitment to ease restrictions on American citizens and businesses.
“Today, the US Departments of the Treasury and Commerce took a significant step forward in delivering on the president’s new direction by publishing regulatory amendments to existing Cuba sanctions,” said the White House in a statement on Thursday.
“These changes will immediately enable the American people to provide more resources to empower the Cuban population to become less dependent upon the state-driven economy, and help facilitate our growing relationship with the Cuban people,” it added.
“We firmly believe that allowing increased travel, commerce, and the flow of information to and from Cuba will allow the United States to better advance our interests and improve the lives of ordinary Cubans,” the statement said..
The White House said US past policy towards Cuba had “not worked for over 50 years, and we believe that the best way to support our interests and our values is through openness rather than isolation.
“The United States remains committed to our enduring objective of promoting the emergence of a more prosperous Cuba that respects the universal rights of all its citizens,” the statement said.
American telecommunications providers, financial institutions and agricultural companies will be given more chance to do business in the Spanish-speaking Caribbean country, according to the New York Times.
It said visitors will be allowed to spend more, use credit cards and even bring home up to US$100 in Cuban cigars.
Travelers will, however, have to certify visits as educational, religious, cultural, journalistic, humanitarian or family trips, among other permitted categories.
Depite the historic agrement the United States has made to renew diplomatic ties with Cuba, President Obama has been coming under pressure with some critics saying he made a mistake by establishing relations with Havana.
“This is a windfall for the Castro regime that will be used to fund its repression against Cubans, as well as its activities against US national interests in Latin America and beyond,” said Senator Marco Rubio, Republican of Florida.
Rubio, a Cuban-American, dispatched a letter earlier this week to Jacob J Lew, the secretary of the US Department of the Treasury, querying whether the new rules violated American law.
“While those questions remain unanswered, one thing that’s become even more crystal clear is that this one-sided deal is enriching a tyrant and his regime,” Rubio said.
President Obama has argued that the approach towards Cuba of the last 50 years has not worked, adding that it is time to try something new.
US officials said that the new rules comply with US law.
“These changes will have a direct impact in further engaging and empowering the Cuban people, promoting positive change for Cuba’s citizens,” Lew said.
“Cuba has real potential for economic growth and, by increasing travel, commerce, communications and private business development between the United States and Cuba, the United States can help the Cuban people determine their own future,” he added.