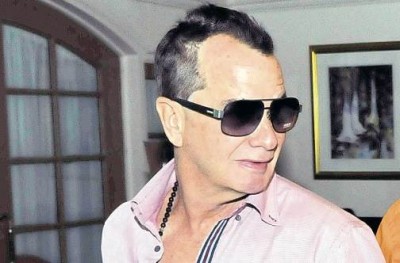 MUSIC promoter Josef Bogdanovich, while not involved in this year’s staging of Magnum Sting, is on board for Ghetto Splash slated for the Waterhouse Mini Stadium in St Andrew on December 16.
“I support real people and this is a good venture as it is held during the season for giving in the inner city. It caters to those persons who could not afford to attend the events that come at a high price. This event will put a smile on faces,” he said.
Ghetto Splash, organised by Patrick Roberts, is a yearly free stage show.
Bogdanovich said he is lifting his hat to the organisers of Sting.
“Sting has been alive for over 30 years and that is a big accomplishment and contribution to the music industry. It is not an easy task,” he said.
He was instrumental in the Boxing Day show’s last two stagings held at the Jamworld Entertainment Complex in Portmore, St Catherine.
He said he has, for years, invested in Sting and Brand Jamaica and last year took the Boxing Day stage show to 179 countries via pay-per-view.
“I am all about Brand Jamaica and I will continue to be in the show business, but I can’t do this by myself. If this is going to be successful, there needs to be some form of business unity,” he said.
Bogdanovich recently acquired the largest shares in the Kingston Live Entertainment (KLE) Group.
KLE Group operates Fiction Fantasy nightclub and Usain Bolt’s Tracks & Records on Constant Spring Road and Famous nightclub in Portmore, St Catherine.
“I am looking out for the people of both parishes. A lot more potential is in a club compared to an outdoor event which is vulnerable to rain, among other things,” he said.
In addition, Bogdanovich is CEO of Downsound Records, a popular studio that produces Ninja Man, Specialist, Ishawna and other entertainers. He also traded commodities and is said to be part-heir to a sizable stake in the Heinz empire.
— Simone Morgan
ADVERTISEMENT