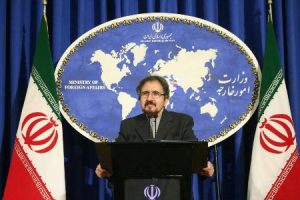 Tehran has denounced the new sanctions imposed by the US and said it would in response impose legal restrictions on American individuals and entities helping “regional terrorist groups”, a Foreign Ministry statement read as quoted by TV
“The new sanctions … are not compatible with America’s commitments and resolution 2231 of the U.N. Security Council that endorsed the nuclear deal reached between Iran and six powers,” the Iranian Foreign Ministry statement said late on Friday.

“In retaliation for the U.S. sanctions, Iran will impose legal restrictions on some American individuals and entities that were involved in helping and founding regional terrorist groups,” it said.