This man is a well known and respected man in boston with young children and a wife . But as we know and some of us sadly find out their are sheeps in wolf clothing. Just before Christmas we where catching up about life and also showing me pics of his one year old son upon doing this i noticed a very explicit photo of a child in his photo album of a toddler and he said i quote this world is crazy look what someone sent me. I said i dont want to see nothing like that i then asked why do you have that saved on your phone and who would send you that. He went quiet and started changing the subject i quickly part ways i never seen him after that and refused all his calls because i struggled with the question and thoughts of could this person be or why would someone have something like that saved to his phone weeks later a mutual friend showed me this article of that same guy.
Boston Traveler on Child Exploitation Charge
Release Date: January 25, 2017
ATLANTA – U.S. Customs and Border Protection (CBP) officers arrested a Boston resident for possession of child pornography at Hartsfield-Jackson Atlanta International Airport (ATL) on Friday.

“S3xual exploitation of children shocks and offends the common decency of our society,” said Carey Davis, CBP Port Director for the Area Port of Atlanta. “We remain vigilant and prepared to detect and intercept all persons, baggage and merchandise that do not comply with our laws.”

Suspected child s3xual exploitation or missing children may be reported to the National Center for Missing & Exploited Children, an Operation Predator partner, via its toll-free 24-hour hotline, 1-800-THE-LOST. 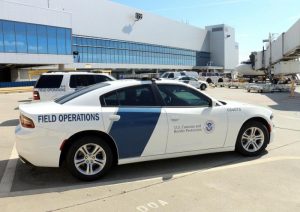 CBP Office of Field Operations is responsible for securing our borders at the ports of entry. CBP officers’ primary mission is anti-terrorism; they screen all people, vehicles, and goods entering the U.S., while facilitating the flow of legitimate trade and travel into and out of the country.

Criminal charges are merely allegations. Defendants are presumed innocent unless proven guilty in a court of law.