When someone steals to feed their family, I mean a one time emergency real need kind of thing.. It is somewhat forgivable.Most people will forgive and understand , but when someone steals to boast and brag, there is nothing to forgive or understand.
It is pathetic that someone leaves their home, drives for over 9 hours, for the sole purpose of stealing! It’s not a hustle, it is not a survival tactic,it’s sick! There is absolutely no fairness in going into someone’s store and stealing their goods only to sell it at less than half the cost! I will not lie, back in the days when I was very young, getting something for less than half price was exciting. Time however, has changed that perception, there is no excitement in someone losing their hard earned money to thoughtless braggarts who don’t need to steal. When one stops to think of the store owners having to shoulder the loss,it cannot feel good. As black people we are already subjected to racial profiling , most of which is brought on by the actions of a few bad eggs.
We still have a far way to go and things like this, pushes us decades back. We are pushed back to when blacks were thought to be nothing and treated like nothing. It is not fair, it is embarrassing and demeaning, belittling and disheartening.As a race, it would appear as though we are incapable of standing up against what is wrong, why aren’t these career thieves shunned? Why are they supported and respected in their circles? It is mind boggling that there are people who really cheer these thieves on. Have we now become so corrupted that we now see stealing as a ”job”? Stealing is wrong, and it does not only affect the thief; It affects every honest consumer. That stolen item,has to be paid for, it’s cost trickles down to every last one of us. There are no real winners here.Not even the thief! Because he/she will pay one way or the other
Stores, because of the law and the need to make their customers to have a pleasant shopping experience, try not to judge their shoppers but get shot down every single time they trust the wrong person. Sometimes the ones thought to make honest purchases,are professional thieves.Career thieves are professionally dressed and act the part of a rich shopper very well.It is hard to detect that they are in a store for the purpose of stealing. In an effort to protect their profits, they target a certain set of people who are thought to ”steal more than others”.
Put yourself in their shoes for a moment and picture this scenario
You a store owner,happened to give the wrong customer a pass?
A nicely dressed young woman came in your store, richly dressed and you thought to yourself that the person was really rich enough to really buy the item they had their hands on.Their demeanor was so convincing that you did not thoroughly check for identification.(It is a fact that people feel a little embarrassed when asked for identification along with their credit/debit card especially when a clerk says it loud enough for people around to hear). In an effort for the customer to feel comfortable , you the store owner did not ask for an I.D.The customer you trust used a stolen credit-card. What happens from there?
– The card owner reports fraud and is credited the amount that was used in the purchase. Automatically, the amount will be debited back from the store’s account and the thief walks away with the item they stole. How lovely would that be if it were your store?
Once an item is stolen, companies are forced to make up for the loss. This means that the consumer must and will pay! Many years ago, the price of certain items would remain the same price for years. As we speak consumers are now being faced with very frequent price increases. It is almost impossible to make a budget without regular price updates so God forbid you are like many who will shop with the exact amount you intend to spend!In an effort for companies to make up for their losses, stores have their consumers pick up the tab.Prices are increased
Store owners, however big they appear, may have started from nothing.You the thief have no idea of their story! How fair is it that a petty thief diminishes their hard work just to boast among their friends? How fair is it for them to see less of profit because a petty thief wants to live lavishly from their hard earned profits?
How fair is it that honest black people are thoroughly interrogated before BUYING an item they like? How fair is it that a black person who wants to shop in private is followed around the stores…just because…..?
Consider this; if the shoe were on the other foot how would it feel? Bobbette was not caught once, but twice in the same state and will now face time for something thoughtless. Was it really worth it to go back to the same spot less than two months after she was caught the first time? Was the item worth being handcuffed and walked through the store for all to see that a thief was caught?
For those of you who continue to do this please desist. Stealing is not the way to survive it is dishonest and the money will never accumulate, because of how it was gained. Consider your actions and the fact that is has made a whole race of people the main subjects of racial profiling,discomfort and inhumane treatment. It is not only that you, the petty thief who is being looked on as less of a person. Hard-working , honest blacks are being fitted under your umbrella. It is not fair 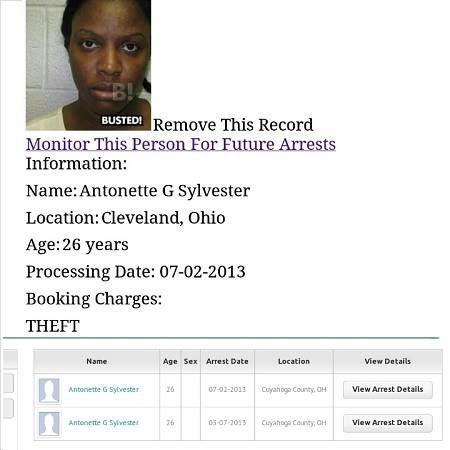