Global payments company Western Union will pay US$586 million to settle a US criminal investigation that found it had a weak anti-money laundering programme and looked the other way when employees collaborated in fraud.

The settlement, which includes a deferred prosecution agreement, concerns violations uncovered between 2004 and 2012 in which the company failed to adequately safeguard its money transfer system from transactions that could have supported illicit activity such as human trafficking, drug dealing, and other crimes.

The settlement covers investigations by the US Department of Justice and Federal Trade Commission.

The agencies found instances where fraudsters posed as family members and sought funds for promised prizes or job opportunities. 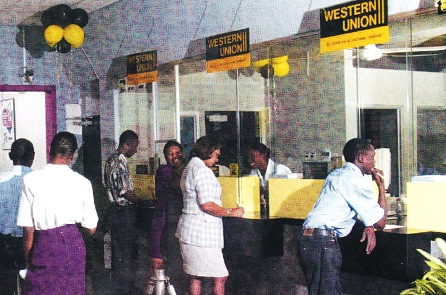 Various Western Union agents participated in the scam in exchange for a portion of the proceeds, the Justice Department said in a press release. And when Western Union became aware of the wrongdoing, it failed to terminate or take action against the employees.

Western Union employees also worked to help customers get around requirements to file a currency transaction report when more than US$10,000 was wired to a client in a single day.

Western Union sent hundreds of millions of dollars to China in transactions designed to avoid the US Bank Secrecy Act that included large sums for human smuggling, investigators said.

“As this case shows, wiring money can be the fastest way to send it — directly into the pockets of criminals and scam artists,” said Acting Assistant Attorney General David Bitkower. “Western Union is now paying the price for placing profits ahead of its own customers.”

Western Union said it has boosted spending on compliance by 200 per cent and now spends about US$200 million, with about 20 per cent of its staff dedicated to the oversight. It said its performance in detecting fraud has improved markedly since the period in question and that the dollar value connected to fraud relative to overall activity has fallen by 60 per cent.