WHAT JFLAG PUT OUT THE MP WAA PUT UP 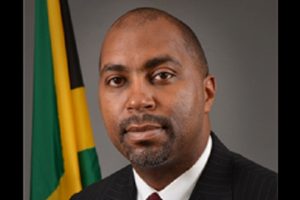 MEMBER of Parliament (MP) for South East St Andrew Julian Robinson says a national focus may be needed to resolve the issue of about 30-40 homeless gay men in his constituency.
Robinson was referring to the group of homosexuals in the New Kingston area of his constituency who previously “captured” unoccupied homes in the area, and who are now occupying a gully on Trafalgar Road, where they live and offer sex for sale.
Speaking in the sectoral debate in the House of Representatives on Wednesday, Robinson said that he felt that the issue was of sufficient national and international attention to trigger a statement from him.
“I am highlighting it here, because it has received tremendous national and even international exposure and it has been an intractable problem that we haven’t been able to find a solution to and it is something that requires national focus and attention,” the MP said.
He told the House that the group consisted of between 30 and 40 homeless homosexual young men who congregate in a gully just off Trafalgar Road.
“It is a problem which has existed for over two years. They have moved from property to property across the constituency, every empty building. They have now located in this gully,” Robinson said.
“The issues here are complex; they are not just about the sexual orientation of the individuals. Many of them are youngsters who have suffered abuses — physical, psychological, sexual — they have been ostracised from their families, some of them are homeless and many of them engage in prostitution,” he said.
Also, regrettably, according to Robinson, is that some of them are perpetrators of criminal activities, including thefts, break-ins, and physical assault. The solutions, he said, are not easy, although a number of efforts have been made to deal with the group.
“They have been removed on numerous occasions, but they return,” he said, adding that there is now a group of church leaders who are looking at solving this problem.
— Balford Henry