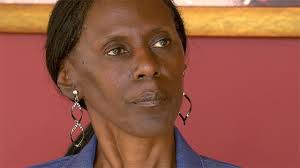 59-year-old grandmother, Brenda Moaning was awarded $105,000 for battery, false arrest and punitive damages after getting arrested for shopping at her local H&M.
It’s being reported that Moaning prepaid for a $5 T-shirt at the front of the Clackamas Town Center store, made another purchase and was on her way out of the store, when she was stopped by two prevention officers and a H&M security guard. They forced her into a security room, while Moaning protested, explaining that she’d already paid for the shirt–even the cashier acknowledged Moaning’s purchase! Here’s the kicker–one of the security guards told Moaning that she “looked like a common thief.”
Must Read: Does Cancer Like Rich People More?
So you mean to tell me that these loss prevention folks roughed up a grandmother over a $5 T-shirt? I get that their job is to make sure that they keep loss to a minimum, but to be physically violent towards an older woman, who had someone from the store telling security that she’d paid, is ridiculous!
I guess shopping while Black is still a huge epidemic. The surveillance footage zoomed in on Moaning as she shopped around the store. You can see several White customers being ignored by the camera, as Moaning was the sole focus. And despite the obvious, she didn’t get awarded damages for racial discrimination.
Attorneys argued in court that part of the reason cameras focused in on Moaning was because she had been in the store before and had a bag with her. So because Moaning was an H&M shopper, the cameras were focused on her and her alone? I’m not buying that one bit. She was even wearing an H&M dress she’d purchased the day before when she was arrested. SMH!
This is hard for me to swallow, especially since her attorney, Greg Kafoury, said, “The ugliest part of the case is they made up a story and fed it to their employees that she was yelling, cursing, swearing and threatening lawsuits.” Luckily, the jury wasn’t buying it. This incident took place in 2011, but has drawn major public outrage recently and I see why!
What does fashion retail giant, H&M have to say about all of this bad press? “We apologize for all the inconvenience we caused the customer. We have full respect for the judicial process; this case has now been settled and we have no further comment.”

97 Users Online
Back to top