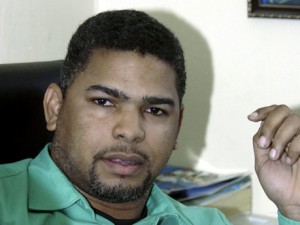 ALMOST EIGHT years after the collapse of World Wise Partners Limited, the man behind the failed unregulated investment scheme is speaking out, saying he did not use the more than $200 million reportedly invested by clients to finance a lavish lifestyle.
Noel Strachan has also denied that he was operating a Ponzi scheme and laughed at claims that he used his clients’ money to purchase a private jet, several luxury vehicles and pricey real estate, including a million-dollar home – all in the state of Florida in the United States.
“What private jet? … I don’t have any private jet. That’s hilarious. World Wise never made me have money. I was a businessman and making money way before then,” said Strachan.
“That information you are referring to is very, very old stuff. Whether you want to believe it as gospel, I don’t know. I don’t want [anybody’s] money … . I don’t want anything from [anybody]. This was a business and the thing just went really bad,” he insisted.
In an exclusive interview with The Gleaner from the United States yesterday, Strachan also dismissed reports that he fled Jamaica nearly a year before the scheme collapsed to avoid prosecution. He blamed the Financial Services Commission (FSC), the Jamaica Bankers’ Association and local “conglomerates” for the failure.
Disclosing that he has been a legal US resident since 1974, the former World Wise boss said his decision to return there was for the safety of his family.
“Me coming to the US was for the safety of my two children and my wife because we were threatened in Jamaica. So I had to leave to protect my family,” he said.
Strachan said to his knowledge, there was no investigation – either by the FSC or the police’s Fraud Squad – when he moved to the US.
“When I left Jamaica – if you do your research – we never even had a cease and desist order,” he said, while adding that he has no reason to return to Jamaica.
World Wise Partners was one of several unregulated investment schemes that lured investors with the promise of returns as high as 200 per cent a year, which mushroomed in Jamaica in the 1990s.
Like Cash Plus, Olint and several others, World Wise began to crumble after it was slapped with a cease and desist order by the FSC in August 2008.
As local and overseas investors scrambled to recover hundreds of millions of dollars pumped into the scheme, Fraud Squad investigators began probing its operations.
Police investigators revealed then that in addition to probing allegations made by several investors, the Fraud Squad was also exploring the possibility of filing charges against World Wise for operating without regulatory approval.
Last year, the Office of the Director of Public Prosecutions ruled that Strachan and his wife be charged, under the Securities Act, with inducing persons to invest in securities and dealing in securities without a licence.
Strachan claimed that through a number of attorneys based in Jamaica, he has already made restitution to 90 per cent of all World Wise clients. He declined to name the attorneys so his claim could be verified.
Strachan also declined to divulge the total number of clients who invested in the scheme or the total amount of money owed to them.
“We are still in the process of clearing them up. Just last week, we made a payment to a client via a law firm in Jamaica,” he said.
“I’m not going into the details of it because how I manage to do what I’ve been able to do is by being quiet about it, because the minute the thing gets ‘loud up’, I get crushed every time,” Strachan said as he sought to explain his reluctance to name his attorney.
He added: “I’m a man and I have my reputation and family to look out for, and I can’t wait ’til this becomes history.”
Strachan said World Wise has cast him in a bad light, and as a result, he is “working hard every day to have this thing resolved”.