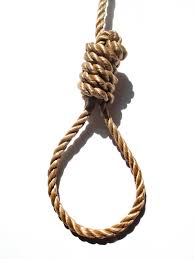 A 13-year-old boy from Goromonzi on Tuesday hanged himself from a tree after being angered when his uncle instructed him to take a bath.

“We received a report following the death of Tapiwa Marimo of Murambiwa village under Chief Chikwaka who hanged himself on a tree after being instructed by his uncle Tongai Jonga (22) to take a bath,” he said.

It is alleged that on the fateful day at around 8pm, Tapiwa came home and found Jonga who was relaxing in one of the huts at their homestead.

Upon entering the hut, Jonga instructed Tapiwa to grab his towel and proceed to the bathroom which was outside to wash himself.

Tapiwa took his towel and proceeded outside pretending as if he was going to the bathroom, but diverted the route and he went to the cattle pen where he hanged himself on a tree.

It is reported that the following morning, Jonga started searching for him, but to no avail.

Police reports indicate that Jonga later discovered Tapiwa hanging from a tree which was in the middle of their cattle pen.