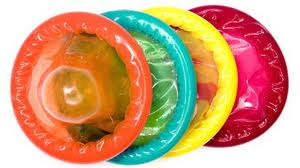 A condoms receipt sold out a married woman who had for a week, reportedly enjoyed quality time with a hotel manager at a hotel in Bulawayo.

The woman’s husband, Tendai Makute of Hwange town, is said to have stumbled upon the receipt in his bedroom.

Makute, 33, told a Victoria Falls court that he got the shock of his life when he discovered that his wife of seven years had spent a week in a hotel in Bulawayo with another man.

Nobuhle Makute, 32, now residing with her parents at 3001 Chinotimba in Victoria Falls, had left her matrimonial home in Hwange under the guise that she was visiting some relatives in Selborne Park suburb, Bulawayo.

She hooked up with her secret lover and they spent a week having a nice time at a Bulawayo hotel, her estranged husband told magistrate Sharon Rosemani yesterday.

“She has been cheating on me and I only discovered recently that she was using my car to drive to see her boyfriend. I found a condoms receipt in a drawer when she returned from Bulawayo where she had spent a week.

“The receipt is from a shop at Ascot Shopping Centre next to the hotel where I later discovered the man was booked for a week,” said Makute.

He said his wife lied that she had visited her grandmother in Ntabazinduna when he asked her.

“At one time, some women came and beat her up in our house for having an affair with a married man.”

Makute married Nobuhle in 2007 and they have a seven-year-old son. He said he initially suspected that his wife was cheating on him when he saw a picture of another man in her phone.

He said he had started legal proceedings for adultery against the unnamed man.

Makute was retrenched from Hwange Colliery in 2012 and his wife used to work for Zesa in the coal mining town.

The two are accusing each other of infidelity and Nobuhle moved out of their matrimonial home early this month.

“I went to Bulawayo because I needed some time off as he had assaulted me. It seems we have failed to resolve our issues and that is why we ended up going to the police. We have been having problems and he always threatens to kill me,” said Nobuhle.

The couple is now fighting over matrimonial property and was in court yesterday because Nobuhle wanted the court to order Makute to give her back the car which he took away when they separated.

“I am requesting that all the property be kept safe until we resolve our disputes. I want him to give me half of his retrenchment package which should be maintenance for me and the child,” she said in her court application.

Rosemani advised Makute to give back the car, a Toyota Corolla, to Nobuhle pending finalisation of their case.

Leaving the court infuriated, Makute almost ran over Nobuhle as he drove off at high speed.

A happy Nobuhle, who claimed she would not reconcile with her husband, immediately applied for maintenance for the child who now attends school in Victoria Falls.