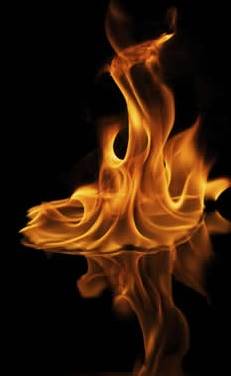 A FAMILY at a house in Mkoba’s Village 13 in Gweru is living in fear of a mysterious fire that breaks out from their bedrooms and destroys property.

The fire, which is said to break out at different intervals, has forced the Lunga family to sleep in the open at times.

When a Chronicle newscrew visited the house at Number 1225/2 Mkoba Village 13 yesterday, the owner of the house, Mrs Beatrice Lunga (56) was seated outside the house with some relatives.

Property including a mattress and some blankets was burnt by the mysterious fire which started on Monday last week.

The damaged property had been dumped in the back yard.

Narrating her ordeal, Mrs Lunga said the mysterious fires were tormenting her family despite their being devout Christians and members of the Assemblies of God Ministries church.

She is married to Mr Philip Lunga, who also attends the same church.

Mrs Lunga would at times fail to express herself as she would be choked by emotion and end up crying.

“I have never come across such an experience in my life. It all started last Monday night when my husband woke me up after he saw a travelling bag which was on top of our wardrobe up in flames. We all panicked and thought it was an electric fault and we quickly switched off all our main switches,” she said.

Mrs Lunga said they later managed to put out the fire using buckets of water.

She said what surprised them most was that the fire emanated from the bag which was on top of the wardrobe.

Mrs Lunga said most of the clothes which were stashed in the bag were destroyed in the first fire.

“When the first fire broke out, we switched off all the switches and left the bag on the floor. A few of our clothing items in the same bag were surprisingly not burnt. During the same night at around 4.30 am, another fire broke out from the same travelling bag, a Monarch type, and again we woke up and used buckets of water to put it out,” she said.

Mrs Lunga said they reported the incident to Zesa officials in Gweru who inspected the house on Sunday morning.

She said the power utility team told them they could not find any fault in their house’s wiring system.

“The Zesa officials, however, went on to disconnect power at the house arguing that the tubing was too old and needed to be redone. On Tuesday morning, another fire broke out, this time from inside our wardrobe. This is when we discovered that the fires were not natural but were initiated by some mystical powers. The fire destroyed all our clothes. What is worrying is that whenever we managed to put it out, it would immediately break out again,” she said.

Mrs Lunga said after all the clothes in their wardrobe had been destroyed, the “mysterious” fire later destroyed their mattress on Sunday night after partially burning it in the first fire outbreak.

“The incident occurred moments after we had a mass prayer with other church members at our house. We are now stranded. We no longer have blankets or clothes after everything was destroyed by the mysterious fires. There is nothing left,” said Mrs Lunga who stays with her husband and a daughter.

She said the fires ended on Sunday night.

“Our fear now is that the only clothes we are putting on will catch fire while we are sleeping. We have since abandoned our bedroom and we are sleeping in the kitchen of our two-roomed house together with our daughter. Some of our children are in South Africa and we have notified them of these mysterious happenings,” she said.

“No one in the area could explain the origins of the fire. We are all baffled,” said Mr Runga.