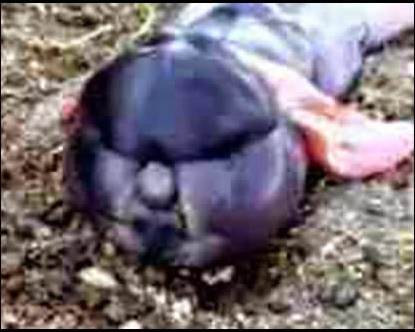 Residents in Kisumu County in Kenya were reportedly shocked after a goat gave birth to kid with features resembling a human being.

Kenyan Daily Post sources said the strange kid had one eye located in the middle of the head which resembled that of a human being, a mouth of a human being with no nose.

It could not suckle because of the shape of the mouth and also because it was using the same mouth to breath.

The owner who asked that his identity be concealed because such an incident is considered witchcraft in the area, said that it was the first time the goat had given birth.

He expressed his shock, terming the incident as a sign of some bad things future and is now contemplating selling the goat.

Other locals said that the goat may have been defiled by a human being to give birth to such a creature.

155 Users Online
Back to top