A housewife, Oluseyi Mark, has sought the dissolution of her five-year-old marriage to her estranged husband, Jonathan Mark, a pastor, over alleged violence and longtime separation.

According to the News Agency of Nigeria (NAN), Oluseyi, a resident of Osola Street, Ifako in Agege, Lagos State, urged an Agege customary court to terminate the union on grounds of violence, lack of love and longtime separation.

The petitioner alleged that her husband, a pastor with the Mountain of Fire and Miracles Ministries (MFM), was fond of beating her constantly over minor issues.

“When I was pregnant with our only child, my husband beat and punched me in my stomach. 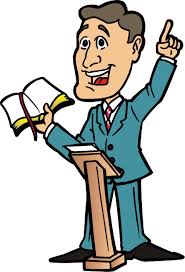 “This made our son to have a scar on his mouth from birth.

“Since my husband is a pastor, I reported him to his church so that the elders there could caution him and had a change of attitude.

“But, he has refused to change from his violent act,” Oluseyi said

She alleged that her husband was also envious of her and would turn violent whenever he saw people around her or trying to hug her.

“My husband lies a lot and keeps a dagger at home which he uses to threaten my life,” she said.

The petitioner said that she had been living separately from her husband since December 2014.

“He has stopped providing for me and our child; I am the one responsible for the education and the upkeep of our only child,” Oluseyi said.

The respondent, Jonathan Mark, however, denied all the allegations levelled against him.

Jonathan said that his wife was a ‘party freak’.

“My wife cannot do without attending parties at the expense of taking proper care of our four-year-old child.

“She was, unnecessarily, demanding from me and liked giving me conditions.

“Whenever l wanted to have sexual intercourse with my wife, she would give me conditions that were unimaginable and this used to lead to a series of misunderstandings between us,” Jonathan said.

He further said that, “whenever we had any quarrel, my wife and our son will pack out of the house.”

The respondent urged the court to grand the dissolution of the marriage as filed by his wife.

He, however, asked the court to order his wife to allow him access to his son.

The magistrate adjourned the case till September 20 for mediation.