She’s a night marauder; goes out at will without my consent —Husband

A cleric, Olasunkanmi Modupe, has asked an Akure Customary Court in Ondo State to dissolve his six-year-old marriage to his wife, Yemi, for alleged public embarrassment. 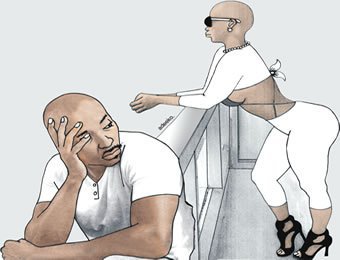 The News Agency of Nigeria (NAN) reported that Olasunkanmi said that Yemi was fond of fighting with the church members.

According to him, the defendant has caused several misgivings, capable of destroying the peace and unity of the church.

He said the respondent was hell-bent on bringing down the ministry, stressing that he had made several efforts to caution her without result.

The petitioner recalled that the respondent was a night marauder, going out at her will without his consent.

He noted that his wife was in habit of cursing, adding that she was also enmeshed in jealousy.

In his ruling, Mr Ayodele Omotola, the President of the court, urged the parties to allow peace to reign and ordered fresh hearing notice to the respondent.