WTF AFRICA- MAN CAUGHT HAVING IT WITH STOLEN GOAT 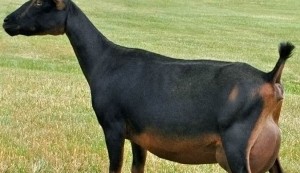 A 30 year old man from Gathunguri village in Murang’a County is fighting for his life after he was beaten and left to die by angry residents, who caught him having s*x with a goat, on Tuesday evening.
The fool stole the goat from a neighbour on Sunday afternoon and locals suspect he enjoyed its warmth from then until when they caught him.
Ichagaki location Chief, Mohamed Ali, said that a villager spotted him riding on the back of the animal which had been reported missing. He raised an alarm and infuriated boda boda operators rushed to the scene with petrol ready to lynch the shameless idiot.
They beat him and left him to die after they got wind that the police were on their way to the scene.
Ali cautioned residents against taking the law into their hands and assured them that the suspect will be charged in court as soon as investigations are completed. He decried a rise in such cases and asked men to avoid uncouth behaviour because there are many women who they can get sexual satisfaction from.