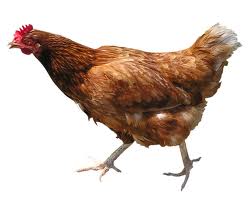 Kabwe Man Arrested For Having Sex With a Chicken

POLICE in Kabwe have detained a 20-year-old hammer mill operator for allegedly having sex with a chicken which later died.

The accused identified as Cephas Mwape of Makululu Township is alleged to have had carnal knowledge of the chicken this week.

Central Province Police chief Standwell Lungu said the incident happened around 09:00 hours at the shop where Mwape works as a hammer mill operator.

Residents got attracted by the noise from the chicken and when they rushed to the shop, they found Mwape in the act. He was apprehended and later handed over to the police.

Police said Mwape would be charged for bestiality which falls under the unnatural offence Act and that if convicted it carries the maximum sentence of 15 years and above.

He had allegedly forced himself on the chicken which later died as he was being led away from the scene.